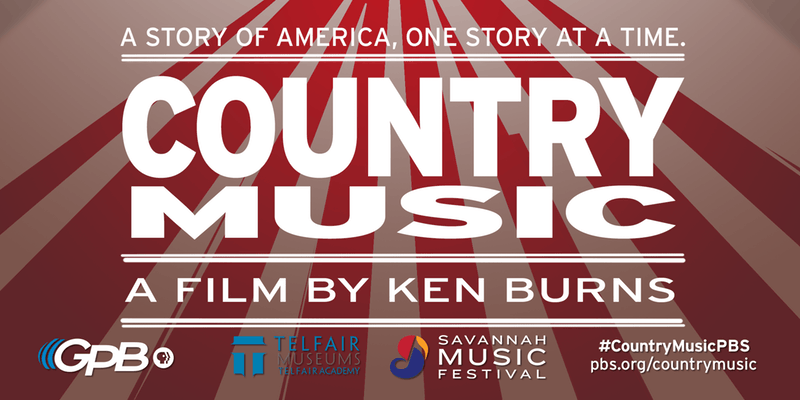 GPB is pleased to partner with the Savannah Music Festival for this special sneak peek of COUNTRY MUSIC, the new eight-part, 16-hour film directed by Ken Burns, and produced by Burns and his long-time collaborators Dayton Duncan and Julie Dunfey. COUNTRY MUSIC explores crucial questions –– “What is country music?” and “Where did it come from?”–– while focusing on the biographies of the fascinating trailblazers who created and shaped it — from the Carter Family, Jimmie Rodgers, Bill Monroe and Bob Wills to Hank Williams, Patsy Cline, Johnny Cash, Merle Haggard, Loretta Lynn, Charley Pride, Willie Nelson, Dolly Parton, Emmylou Harris, Garth Brooks and many more — as well as the times in which they lived. Much like the music itself, the film tells unforgettable stories of hardships and joys shared by everyday people.