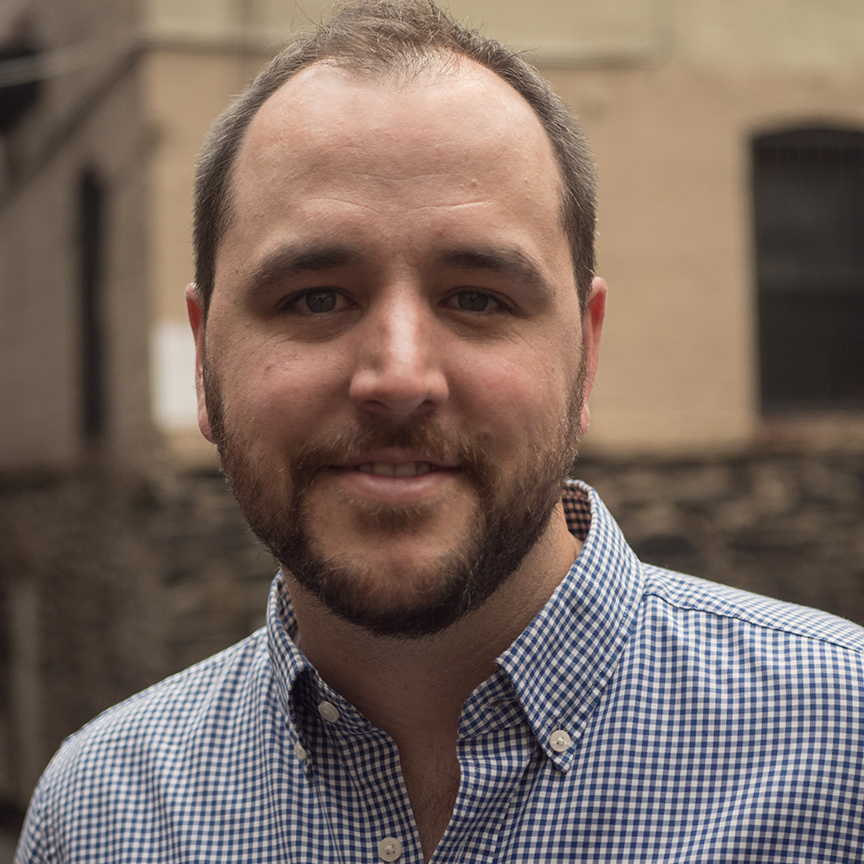 David Schmidt has spent his entire career with Ken Burns and Florentine Films. After an internship with the company, David quickly signed on to work full-time on the seven-part series The Roosevelts: An Intimate History. After four years at the Florentine offices in Walpole, New Hampshire, David moved to New York City for five years of work on the ten-part series The Vietnam War. Currently, he and Ken Burns are producing a two-part documentary film biography of Benjamin Franklin.

A graduate of Dartmouth College, David grew up on the Virginia Peninsula within the Historic Triangle of Jamestown, Williamsburg, and Yorktown — each site only minutes from his childhood home. He spent his summers working in the living history museum of Colonial Williamsburg and on the archaeological dig at Historic Jamestowne. David owes much of his love of American history to those experiences.