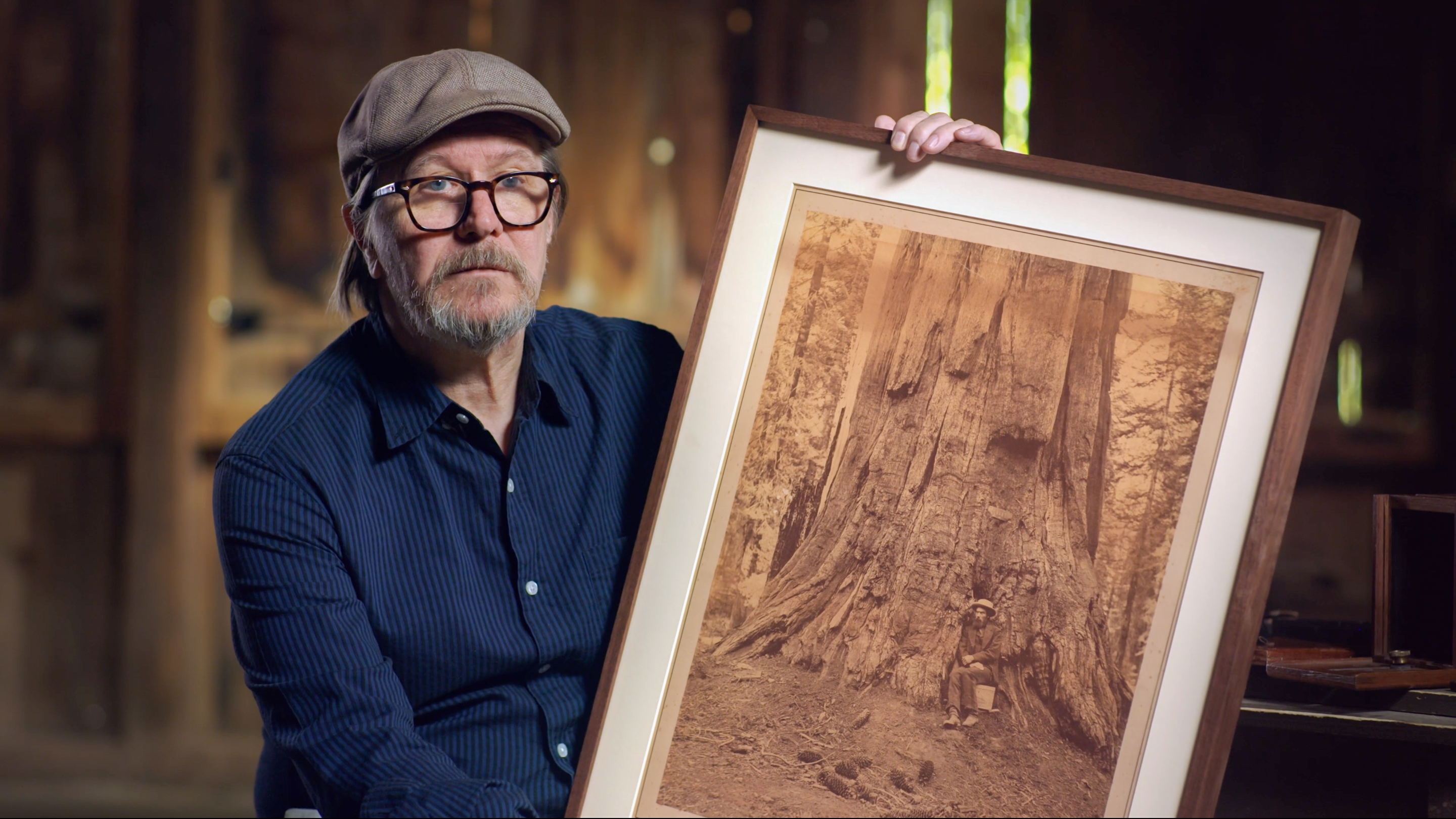 Few figures have played so seminal a role in our moving picture storytelling culture as the enigmatic Eadweard Muybridge.  The 19th-century photographer’s unprecedented images of running horses set the course for the development of cinema and transformed the camera into a machine of unmatched powers of perception and persuasion.

Before his motion photography breakthrough, Muybridge produced one of the most celebrated early landscape catalogs of the American West.

Mischievous, resilient, deceitful, proud—Muybridge was a complicated man and his personal story is as melodramatic as his professional one is impressive, imbued with ambition and success, loss and betrayal, even the cold-blooded killing of a romantic rival.

Born Edward Muggeridge in 1830 in Kingston upon Thames outside London, Muybridge was a restless, driven young man.  He migrated to San Francisco, determined to “make a name for himself” and over the years tried his hand as a bookseller, inventor, publisher, investor, and banker.

It was not until Muybridge suffered a near-fatal head injury in a stagecoach accident, and spent years recuperating in England, that he reappeared in San Francisco finally as a photographer.  Working under the pseudonym Helios, the Greek god of the sun, Muybridge quickly cultivated a reputation as a fearless risk-taker, willing to do whatever it took to get the perfect picture.  The early wet-plate photography of the time required preparing and developing photographs on the spot, no matter how remote, and Muybridge would lug hundreds of pounds of cumbersome, fragile gear in his horse-drawn “flying studio,” photographing the Yosemite Valley, for instance, from vantage points so dangerous his assistants would refuse to follow.

Photographs tell stories, and Muybridge was hired by the most powerful forces in the West to tell theirs.  Muybridge served his clients, but at the same time found ways to make the photographs his own.  For the railroads he photographed train tracks and telegraphs blazing a trail of “progress” westward, but also shifted his lens to document Native peoples being forced from their lands. For a shipping company Muybridge photographed early global coffee production in Central America, but went far beyond straight survey pictures to produce artful landscapes dripping with exotic intrigue. The U.S. War Department hired Muybridge to photograph forts and harbors in newly purchased Alaska, but Muybridge strayed from his narrow commission to make many photographs of the native Tlingit people, the first-ever photographs of the southeast Alaskan tribe.  Muybridge’s stubborn independence would continue right through to his final animal locomotion studies at the University of Pennsylvania, with striking results.

It was a powerful client that would change everything for Muybridge.  Leland Stanford was perhaps the wealthiest and most powerful man in the American West, one of the builders of the transcontinental railroad and a former governor of California.  A passionate breeder of racehorses, Stanford approached Muybridge to take a picture of one of his champion steeds running, and, later, sequences of photographs of his horses at a gallop.

It was an impossible mission for wet-plate technology was far too slow to photograph moving objects.  The first image of a single horse was little more than a smudge, but after years of refining his techniques, Muybridge managed, miraculously, to capture clear sequences of horses running.  The images made Muybridge an international celebrity.

Fancying himself now as much scientist as artist, Muybridge began giving public lectures on animal locomotion in which he would project short GIF-like movies of his studies, the first moving-picture shows derived from live-action photographs and an important forerunner to cinema.

After a disastrous falling out with Stanford, Muybridge’s career was salvaged when Penn recruited him to continue his motion studies to advance the University’s scientific mission.  Over four years in Philadelphia, Muybridge produced his magnum opus, “Animal Locomotion,” tens of thousands of animals and humans in motion, collected into 781 glorious sequences.

“The machine cannot lie,” Stanford had declared of Muybridge’s original horse-in-motion images.  But what about the photographer?

In our age of deepfakes and photoshop, it’s a question with increasing urgency.

“Exposing Muybridge” reveals long-buried secrets hidden in Muybridge’s photographs that force us to ask if we can truly believe what we see in a photograph.

Far from a relic of the past, then, Muybridge marks a beginning of “now,” his work catalyzing much of our modern culture. His images have never ceased to inspire cutting-edge artists, scientists, and innovators, people who continue to reshape how we interpret and experience our world.

Exposing Muybridge was released on Apple iTunes in August of 2022. You can now view the film on Amazon Prime and Apple TV 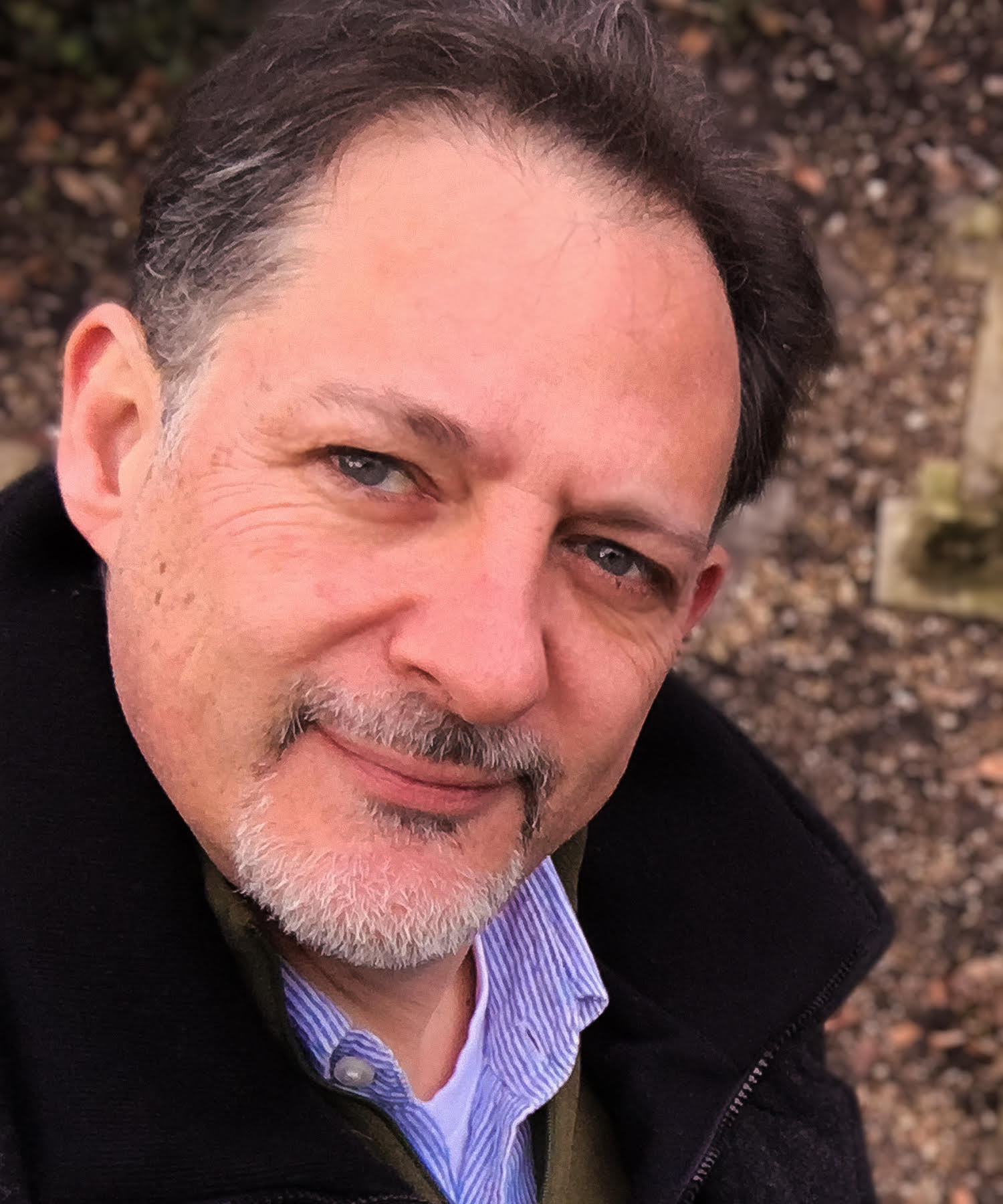 Marc Shaffer is an award-winning documentary filmmaker, investigative reporter, and founder of the non-profit production company Inside Out Media in Oakland, California.  His new documentary Exposing Muybridge tells the story of the provocative early San Francisco photographer Eadweard Muybridge.  Shaffer’s many credits include Gang War USA, Marijuana Gold Rush, and Interrogating Saddam (National Geographic), Bigger than Enron and Rollover (PBS Frontline), Remaking American Medicine and American Jerusalem: Jews and the Making of San Francisco (PBS), and Broken Dreams: The Boeing 787, one of the most watched documentaries to run on Al Jazeera English.  His films have been nominated for three national Emmy Awards among many other honors.