GRADUALLY, THEN SUDDENLY: THE BANKRUPTCY OF DETROIT 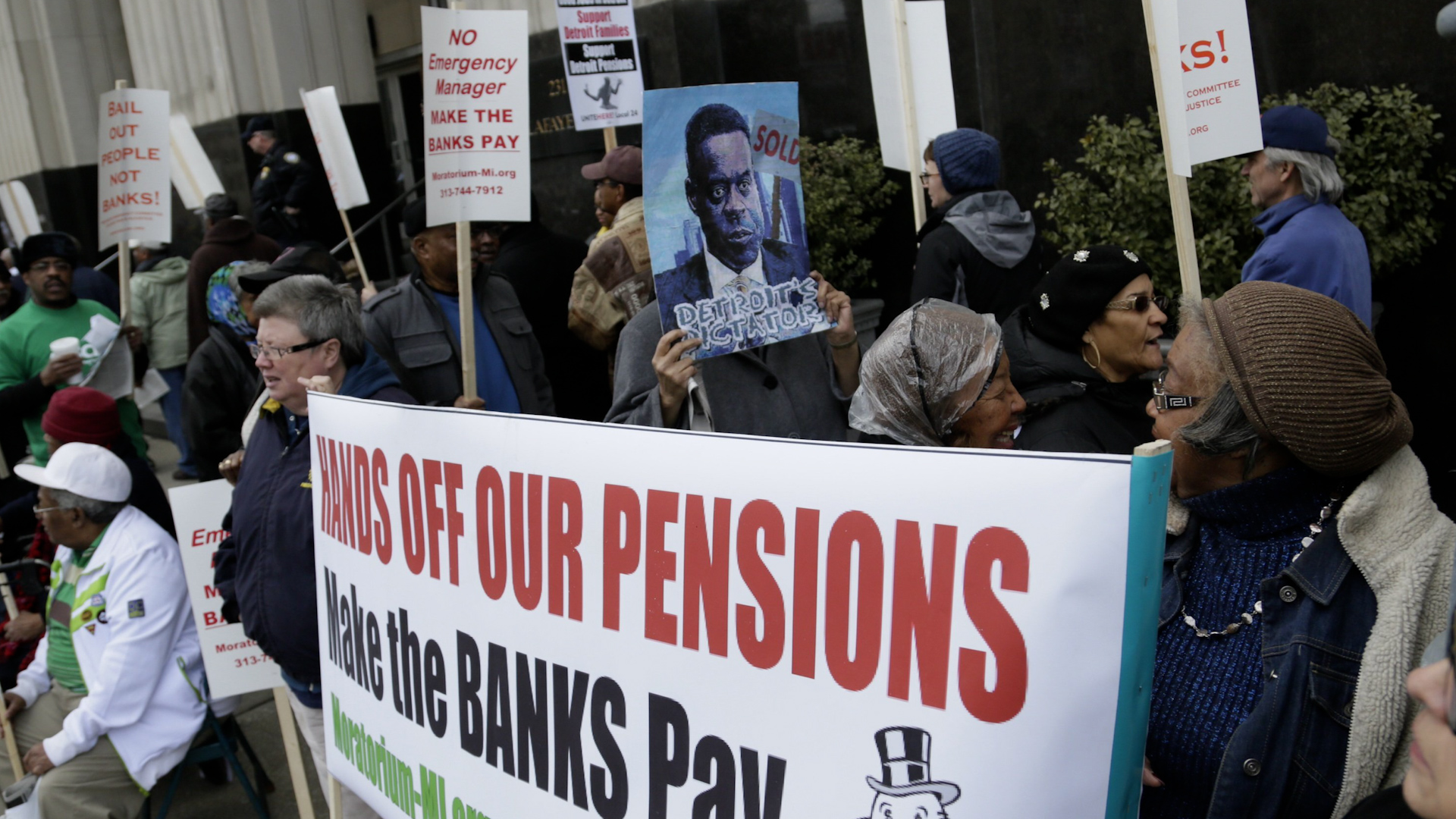 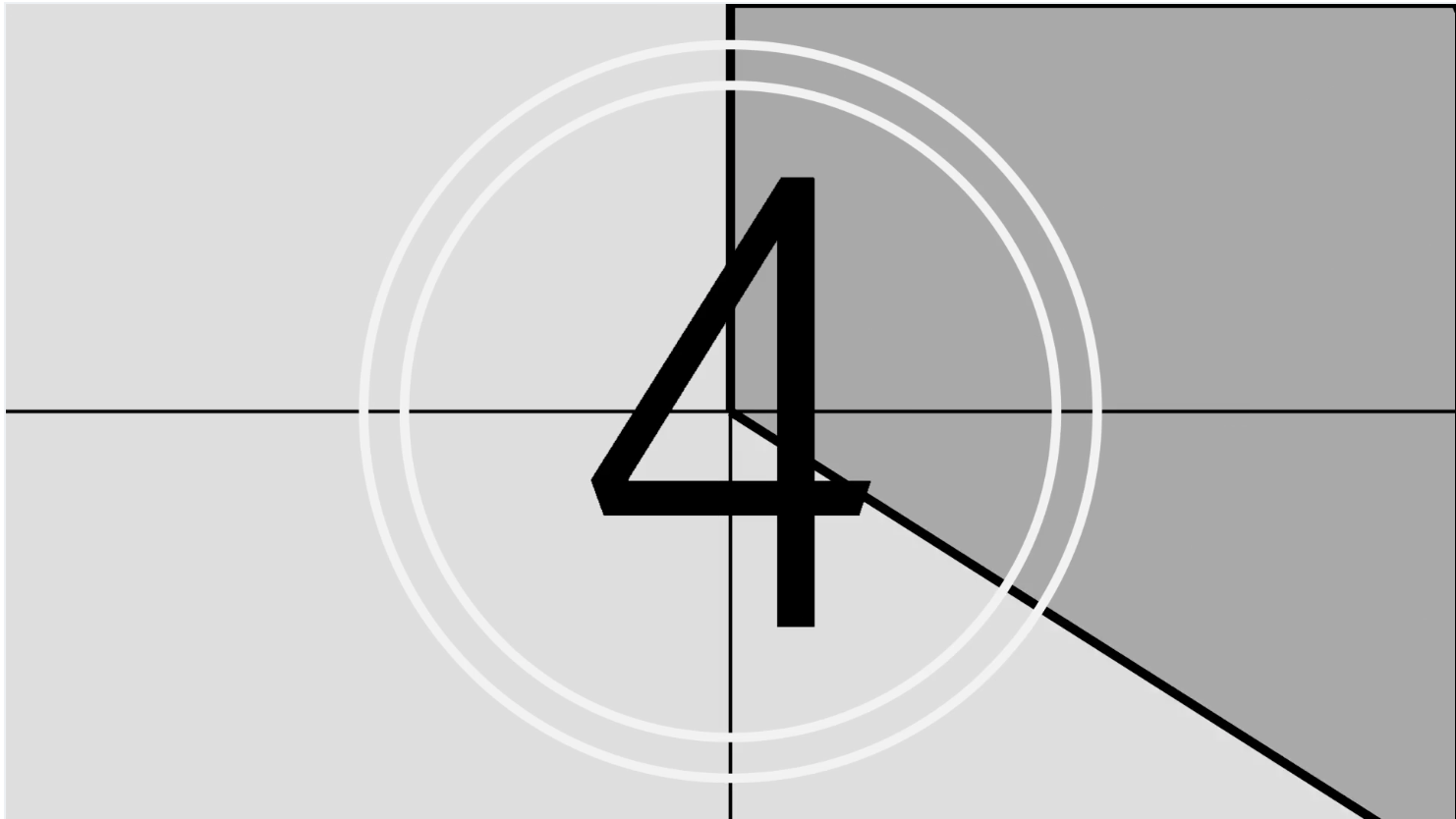 In the darkest corners of democracy, we find ruins in the form of our failures, our excesses, our unwillingness to face the truth.

Therein lies the story of Detroit, dragged into disrepair by a toxic mix of racism, deindustrialization, globalization, and municipal blunders.

Once heralded as the spirit of American manufacturing, music, and democracy, the Motor City descended into fiscal disaster over several decades, culminating in the curtailment of local governance in 2013. The governor of Michigan sidelined Detroit officials, appointing an emergency manager who then thrust the city into the largest municipal bankruptcy in U.S. history.

Gradually, Then Suddenly tells the inside story of how Detroiters grappled with the suspension of democracy at a time when the very essence of the nation’s grand experiment is under immense pressure. It tells the riveting tale of how the world’s most elite restructuring professionals battled over the future of the city-owned Detroit Institute of Arts (DIA), which faced the risk of liquidation. And it illuminates the implications of the tumultuous affair for the resilient people of a great American city that through engineering and production innovation put America on wheels and created the middle class.

On one hand, the Chapter 9 bankruptcy filing gave the city a chance to shed its massive legacy debt (pensions and retiree healthcare) and its financial debts (municipal bonds) of $18.5 billion, owed to some 170,000 creditors, including the same global banks whose sub-prime predatory lending triggered the foreclosure epidemic during the financial crisis. Paying off those debts had sapped the City of resources needed to maintain basic services that Americans have come to expect.

But the bankruptcy also put Detroit’s 32,000 retired City workers at risk of enduring devastating cuts to their pensions and placed the city’s future in the hands of an unelected, out-of-town bankruptcy boss with a cutthroat reputation.

Emergency Manager Kevyn Orr, a charismatic African American bankruptcy attorney who agreed to take the job from white Republican Gov. Rick Snyder, believes he is doing the right thing on behalf of the citizens of Detroit. They deserve better – better than a city government that can’t keep the street lights on, can’t demolish abandoned homes, and can’t send police to the scene of violent crime in a reasonable time.

Orr threatens huge cuts to pensions. But opposition forms quickly, led by Monica Patrick, a passionate community leader, and Cecily McClellan, a retired City worker and community activist, who lead the fight to repeal the Emergency Manager law and for the rights of pensioners.  They argue that racism is an unspoken force that drove the City of Detroit into despair and our experts agree, including leading historians and Detroit citizens.

But was the appointment of Orr as the city’s emergency manager yet another example of white Michigan leaders commandeering Detroit and thrusting their agenda upon it? Or was it, as former City Council member Sheila Cockrel insists, a regrettable but ultimately necessary development for a city that was “simply incapable of giving its residents the basic services that they deserve”?

A dynamic debate erupts over Orr’s controversial decision to consider selling art from the DIA in order to pay creditors and limit the effects of the city’s insolvency on its retirees. As they become aware that the museum owns masterpieces by the likes of Van Gogh, Rembrandt, and Picasso, the city’s major creditors, including retirees and bond insurers, begin marshaling their forces.

Representatives of the major financial creditors attorney Stephen Hackney and investment banker Stephen Spencer have devised a plan to disrupt the city’s restructuring. Meanwhile, retiree leaders like dynamo Shirley Lightsey, an 80-year-old who speaks with authority and conviction, hatch their own plans to challenge Orr’s reign.

The upshot is an outlook of prolonged stagnation for a city that desperately needs movement — a city that needs reinvestment in services like an overworked fire department that is relying on rigged faxed machines to knock over beer cans to serve as an emergency alert system.

In the federal courthouse, we meet Bankruptcy Judge Steven Rhodes, the studious and contemplative but demanding jurist appointed to oversee the case. He selects District Court Chief Judge Gerald Rosen, a Churchill-obsessed savant, as the lead mediator in the case.

Upon weighing the city’s options, we see Rosen conceive of a “grand bargain” to resolve the bankruptcy. The plan is predicated on raising outside funds to reduce the potential cuts to pensioners while preserving the DIA intact.

As foundation leaders like Darren Walker, Alberto Ibargüen, and Rip Rapson gather from around the country to hear Rosen’s plan, it sounds insane — so insane that it might actually work.

To put Detroit in motion requires taking big risks.  It means that they must act decisively and immediately.

But some things too often missing from our democracy— things you cannot find even in its darkest corners—will have to occur.

And this is where our story ends — with the sacrifices by pensioners and creditors—and with compromise, a grand bargain. People who have been warring for decades over Detroit — city and state, suburbanites and city leaders, business executives and labor bosses, activists and institutionalists — put the people of Detroit before their own interests.

Detroit exits its bankruptcy with the elimination of retiree healthcare, cuts to pensions, debt reduction of $7.5 billion, reinvestment in City services, an independent DIA, a new regional water and wastewater system, and a path to possibility.

As Monica Patrick observes: “This bankruptcy raided our bank accounts, but in terms of love and compassion, we’re never bankrupt in Detroit.”

The Detroit story is a wake-up call for the nation.  Massive unfunded pension liabilities and borrowings, tight budgets, eroding and ignored critical infrastructure, and growing demands for local services have congealed to threaten the fiscal health of America’s states and cities.  Detroit’s bankruptcy reflects what it looks like when the fiscal can gets kicked down the road and, ultimately, the road runs out.  For cities that don’t own an art museum and can’t leverage massive private funding, devastating choices await, unless eyes open and hard decisions follow. 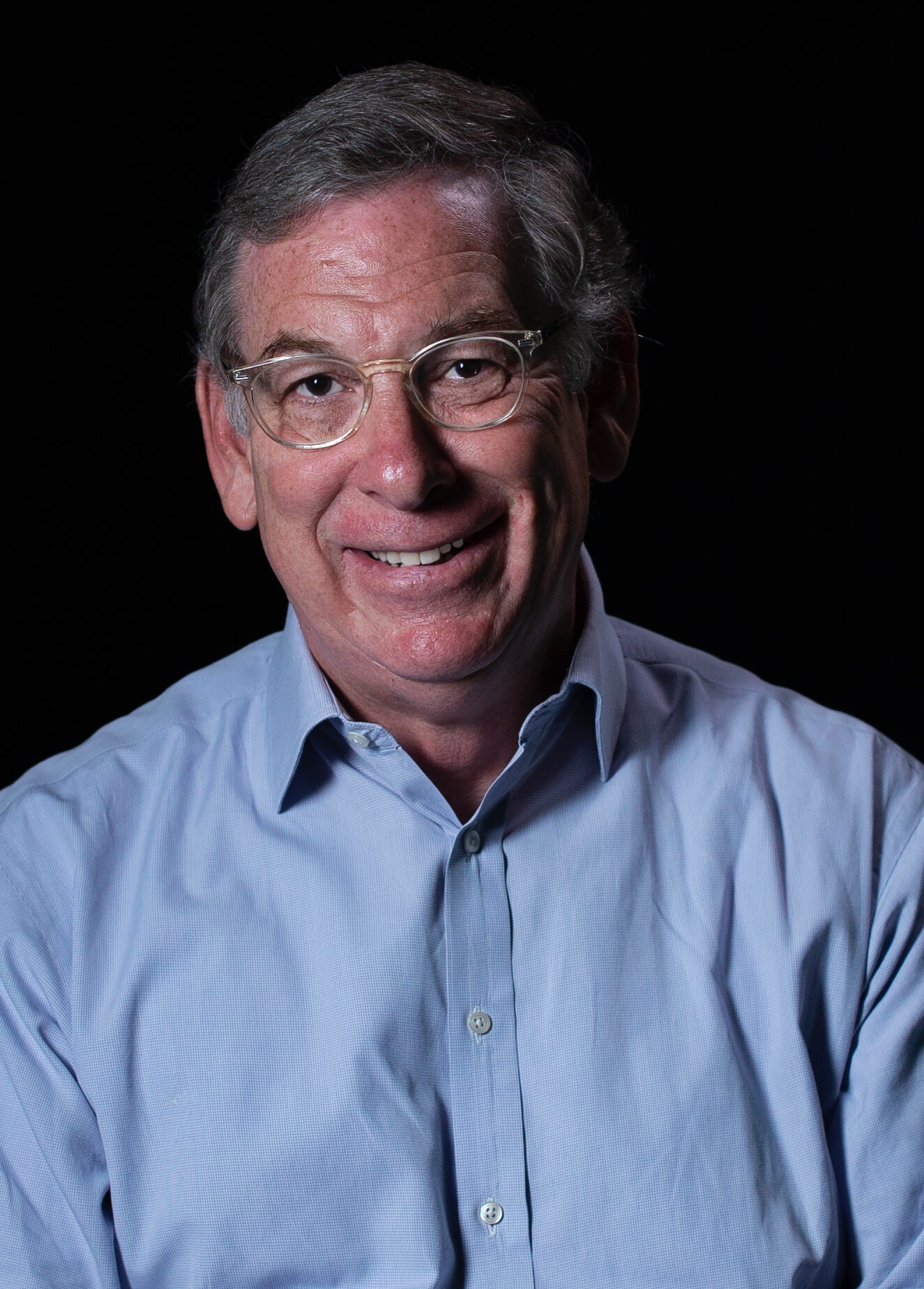 Sam created, co-produced, and co-directed Gradually, Then Suddenly, a project he launched in 2016.  Sam founded History Making Productions, an independent documentary production studio, in 2008, and has produced multiple highly acclaimed historical documentaries on the city of Philadelphia.  In 2020, Sam produced Beethoven in Beijing which was a finalist in last year’s Library of Congress Lavine/Ken Burns Prize for Film and was nationally broadcast on PBS/Great Performances in April 2021.  Beethoven in Beijing was virtually screened in Philadelphia on the composer’s 250th birthdate and enjoyed an audience in excess of 3,300 virtual attendees.  Sam and History Making Production are finishing a re-make of their epic Philadelphia history series, American Experiment: The Struggle for Philadelphia.  The eight-part, 9½ series, will be released in 2022.

Prior to filmmaking, Sam built a unique and successful business career in public finance, serving as a financial advisor to numerous state and local governments.  He launched his research for this film while serving as Chair of the Pennsylvania state authority empowered to monitor Philadelphia’s municipal finances.  Sam has spent a lifetime involved in state and local government and politics including three races for Mayor of Philadelphia and one race for Governor of Pennsylvania.

Connie and Sam Katz have been married for 50 years.  They have four children and five grandchildren. 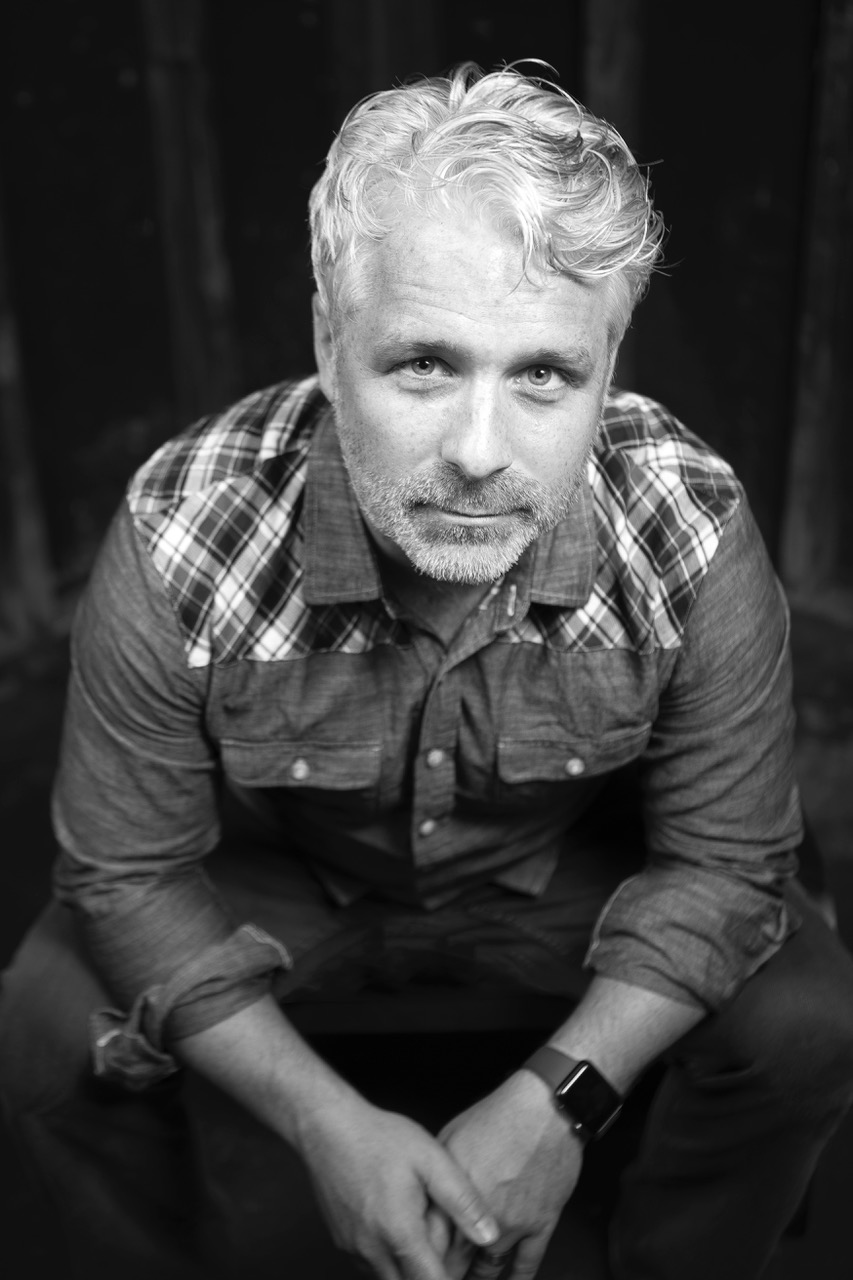 James is a Detroit-based filmmaker, who has spent the past 20 years creating and shaping award-winning narratives. His work has been seen nationally on PBS, FOX, ESPN, CBS and at film festivals around the country. James cut his teeth in episodic docu-television and received an Emmy nomination as the creator and director of Rock N Roll Safari, an 8-part series about the independent American music scene.  He joined with Sam in 2017 and has devoted most of his time to Gradually, Then Suddenly.

As a documentary director, producer and editor James has tackled the topics of urban farming, education, suicide, music history, entrepreneurship, and stem cell research and has helped bring them to audiences around the country. Notably, his work on Boogie Stomp garnered international acclaim, while placing into over a dozen film festivals internationally and in the states.

His marketing and commercial production experience has provided him the opportunity to work with Apple Music, American Express, Ford, Microsoft, Mercedes, Quicken Loans and many small businesses regionally and around the country.

James volunteers his time as a committee member for Kevin’s Song, a charitable organization dedicated to generating public awareness about the causes of suicide, its prevalence in our society and possible preventive measures.

James writes and performs original music with his band in venues in and around Detroit and has recorded two albums. His music has been used in various film and television projects.

Megan and James McGovern have 2 kids and have been married for 9 years.