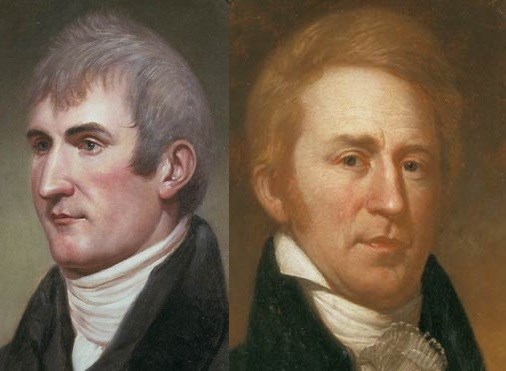 Lewis & Clark: Journey of the Corps of Discovery

In November 1997, PBS broadcast Lewis & Clark: The Journey of the Corps of Discovery, a two-episode, four-hour documentary. It achieved the second-highest ratings in PBS history (topped only by The Civil War). Since then, it has been continually rebroadcast by PBS stations. As recently as early 2019, the film’s site was still the top-trafficked site on pbs.org, principally because of all the teachers who use the film in the classroom for geography, science, history, and other classes.

The film’s 25th anniversary will occur in 2022––a perfect time for a restored version of the film to be released. A fully restored film would attract a huge audience: new viewers, but also the millions who have already seen it, would be drawn by the chance to finally see it in all its visual glory.

No Florentine Films project ever done has a higher percentage of live cinematography, not even The National Parks. There is sparing use of some mid-nineteenth century photographs of the Native American tribes the expedition encountered and only a handful of paintings. The overwhelming visual impact of Lewis & Clark is to travel through the changing landscapes of the American West, in different seasons, and, in essence, become the eyes of the explorers and see what they saw: two majestic rivers, the boundless Plains, the daunting mountains, the Pacific Coast, and many of the animals they were the first to record for science. It is both a stirring saga and a visual feast, but with new technology, the film can be even more sumptuous and impactful.

As with The Civil War and other Ken Burns documentaries that have recently been restored, restoring Lewis & Clark is also critical in terms of preserving its original elements. The 16mm film negatives are subject to degrading over time; the original analog sound elements are also vulnerable. Time is of the essence if this monumental Burns film is to be saved for future generations.

In order to save this story for posterity––and bring it to vivid life as never before for tens of millions of American viewers, The Better Angels Society is seeking to raise $500,000. Donors to Lewis & Clark will be credited on the restored version of the film, which will enjoy a national rebroadcast in 2022.