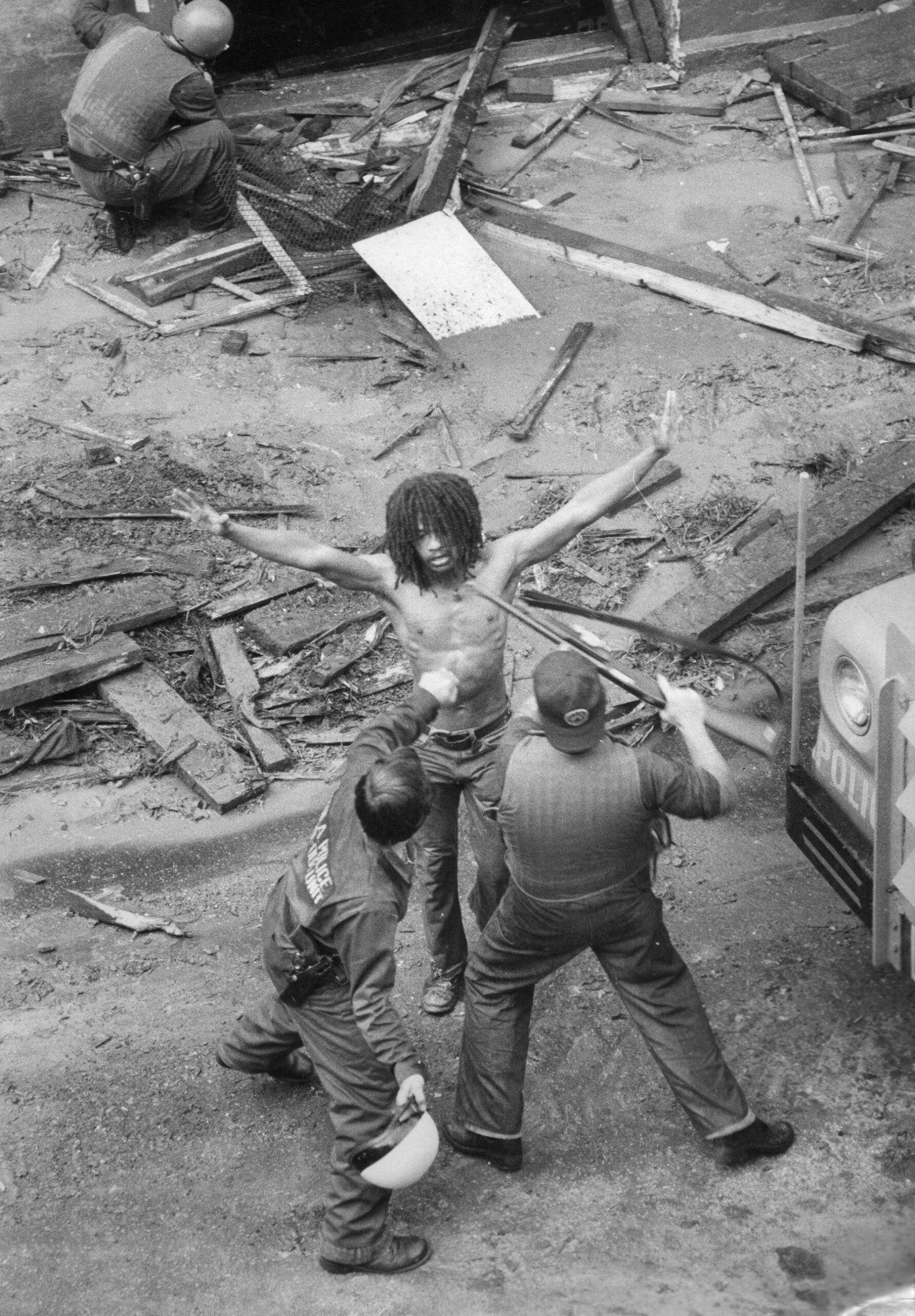 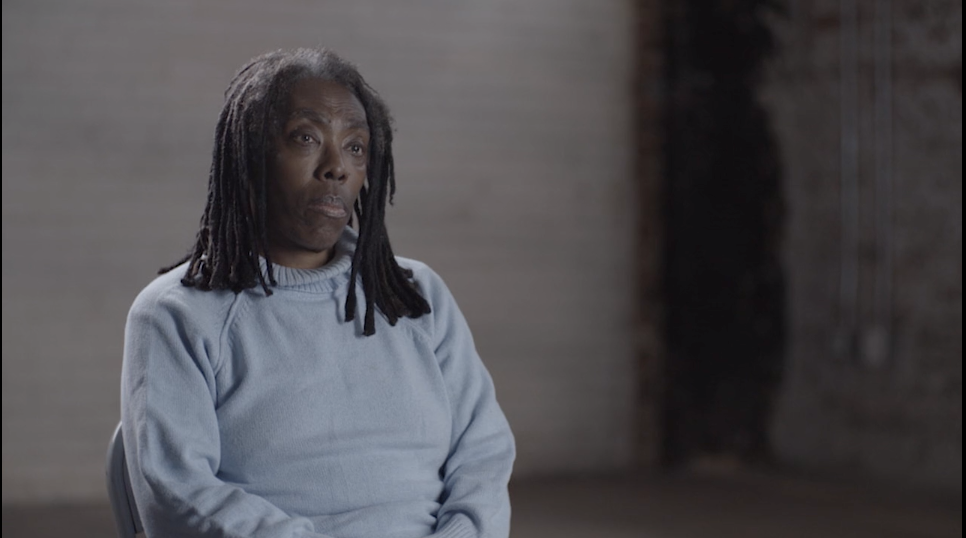 On May 13, 1985, the Philadelphia Police dropped a bomb on a row house, burning down an entire neighborhood. 11 people died, five of them children. 61 homes were destroyed, 250 people became homeless. How could this have happened?

I remember hearing the MOVE story for the first time, 15 years ago.  I was shocked that it was true, even more surprised that I had never of it.  I lived a half-hour away and couldn’t believe they never told me this story in history class.  How could this have happened?  I needed to tell the world. I believe this is the moment I became a filmmaker.

There’s a reason this story has gone largely untold for so long.  It’s profoundly tragic.  How could a city drop a bomb on its own people?  The answer is both violent and complex… but also delicate and nuanced.

It’s taken me fifteen years to deliver on my promise.  I decided the story must be told by the people who lived it.  No speculation allowed.  There was only one person alive who could make this a reality, Ramona Africa.

As she declares in the first line of the film, Ramona is the only living survivor of the May 13, 1985 bombing that killed 11 members of her family.  She trusted me with her story and her truth and the last on-camera interview she will ever do.  Ramona is the only one who can describe what it was like to inside that bombed house… and now she has.

The cooperation didn’t end with Ramona and MOVE.  Former Mayor Wilson Goode, a hero cop, the Osage Avenue block captain and the bomb maker himself all sat for unprecedented interviews.  They are the storytellers, I am merely the conduit.

Philly on Fire is a cautionary tale of unchecked police power.  This is a story for our times, an immersive first-person telling of how sane people can act insane.  This didn’t happen in a field in Waco, Texas, but rather in America’s 6th largest city and it was broadcast live on television.

In the forty years since that horrific day, the story has never been properly told by the people who lived it.  I’m determined to fix that.

Director Ross Hockrow is a rising star in the documentary world, bringing his myriad filmmaking skills to a range of projects.  Philly on Fire is his latest effort, on which he is credited as director, DP and editor.  He also filled those three roles for Born Strong (Netflix) and Finding Giannis (TNT).

It was his work as a pioneer of DSLR filmmaking that led to a series of international tours teaching visual aesthetics.  Later, he wrote a book on visual storytelling theory and then led another teaching tour on editing techniques.

He is also the director along with Tommy Walker of Kaepernick & America, a recent Tribeca Film Festival release that has been praised by the New York Times as “exemplary.”

Tommy Walker, the oldest of three children, born to Mrs. Walker and the Right Reverend Bishop John T. Walker, the first African American Episcopal Bishop in Washington DC, graduated from the University of Virginia with a Bachelors of Arts in History.

He is a veteran producer and director of documentary films and commercials and a Principal of 3:08 Collective, an I&D consulting firm. He has produced The List Series films – a documentary series that illustrates the diverse experiences of being black, Latino, LGBTQ+, woman – in America through portrait style interviews with trailblazing individuals across society. The nine films were distributed by HBO and PBS’s American Masters. In 2019, he produced the acclaimed Toni Morrison: The Pieces I Am, a moving portrait of the Nobel laureate novelist and how she gave voice to the black experience in America through her writing. Toni premiered at the 2019 Sundance Film Festival and was subsequently released in theaters nationwide by Magnolia Pictures; the film had its international premiere at IDFA 2019, the International Documentary Film Festival Amsterdam.

Walker has worked in film and television for twenty-four years.  He began his career in 1985 working in postproduction for National Geographic’s Explorer series. In 1991 Walker was the production manager for the PBS documentary “Mandela in America”, which followed Mandela on his first visit to the United States.. In 1998, Walker served as a segment producer on the PBS documentary “Tutu and Franklin-A Journey towards Peace,” which followed Arch Bishop Desmond Tutu, John Hope Franklin and 21 students to the 21st Century Summit on Race and Reconciliation.

Walker has produced and directed short films for Kaleidoscope Productions who’s clients include Toyota, Mercedes, Chrysler and Hewlett Packard. These films have been used to brand and introduce new directions and products for these companies. In addition some of these films have been cut into spots for national and international campaigns.  Walker has also produced and directed several promotional films for multicultural non-profits such as the Robin Hood Foundation sponsored Kipp School and Norman Lear’s non-profit Declare Yourself a campaign to energize a new movement of young voters.

In 2005 Walker co- directed and produced the feature length theatrical documentary, God Grew Tired of Us. It ‘s a film about refugees from war torn Sudan, their subsequent immigration to America, and their experience in a Post 9/11 world. The film won Best Documentary as well as the Audience Award at the 2006 Sundance Film Festival.  It was released in theaters in 2006.  In 2004 Walker produced the acclaimed primetime Emmy nominated feature length documentary film With All Deliberate Speed for Discovery Communications Doc Series. The film is a moving portrayal of the brave souls who fought to integrate America before the civil rights movement began as we know it. To bring life to a historical subject, they included young people talking frankly and intelligently about racial relations in our country today. Acclaimed actors and musicians including: Alicia Keys, Mekhi Phifer, Larenz Tate, Jeffery Wright, Joe Morton and Terry Kinney, brought the words of historical figures to life on camera. The film opened successfully in 5 cities. Also in 2004 Walker produced A Southern Town it centers on the people of Jackson, Mississippi. It has been a mainstay of programming on Discovery Times Network and has been critically acclaimed.