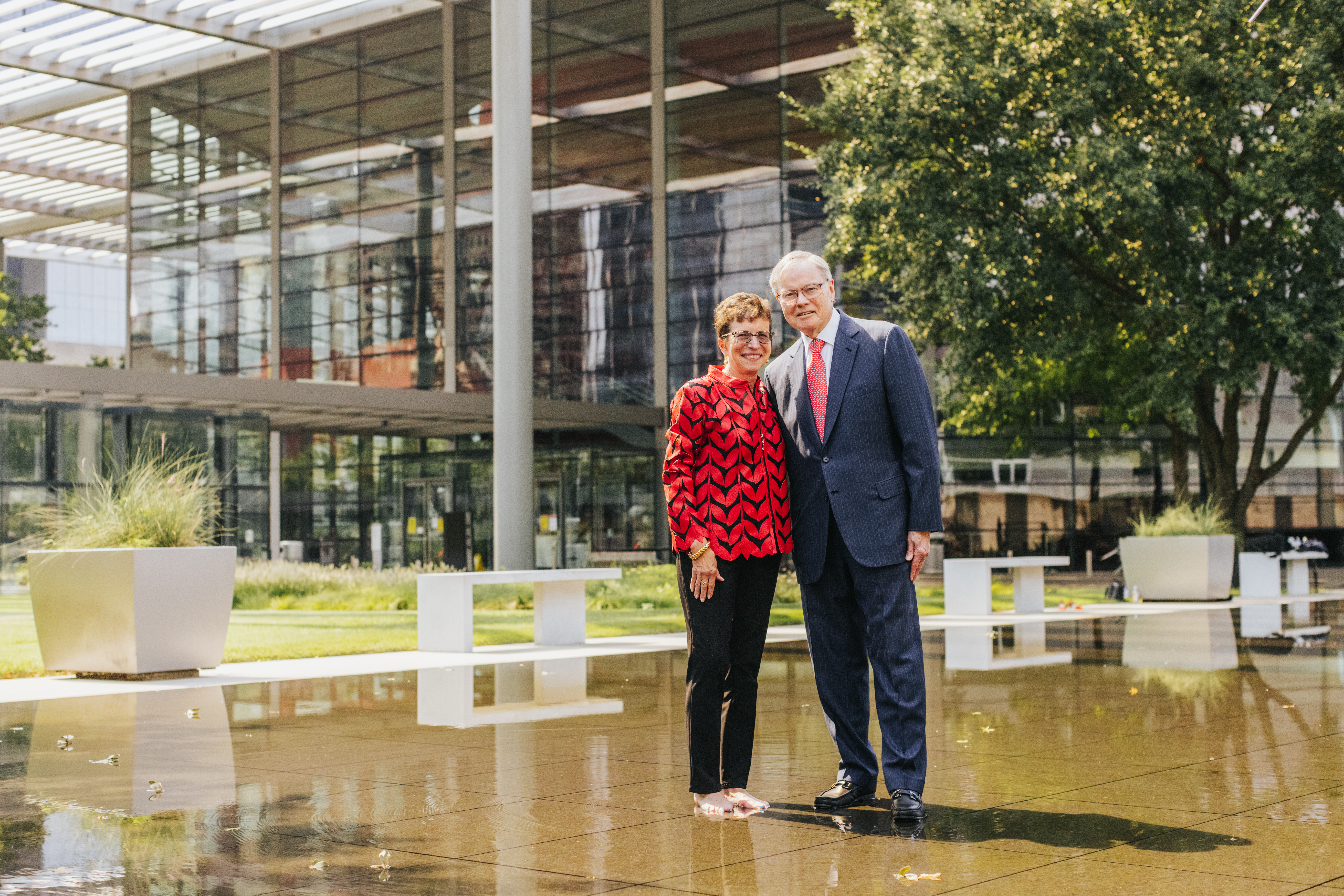 “It’s more important than ever that we all understand and believe what really happened in our history. In that regard, Ken Burns is a national treasure.” – Hal Brierley

Diane and Hal Brierley’s relentless commitment to supporting historical documentary film has helped to make both Ken Burns and The Better Angels Society’s impact possible for more than a decade. In that time, the Brierleys have given generously to Florentine Films projects on Vietnam, Country Music, Muhammad Ali, Benjamin Franklin, The U.S. and the Holocaust, American Buffalo, and The American Revolution. They have also supported the work of The Better Angels Society with their personal time and effort, as Hal has served on our Board of Directors since 2016.

The Brierleys began their support of Better Angels projects in 2012, when they contributed to Ken Burns’s Vietnam. That first gift felt deeply personal to them — an opportunity to support a candid, comprehensive historical recounting of a global event that had affected so many in their generation directly. As the years have gone on, both Hal and Diane have been champions of the full scope of Ken’s work, not only as it affects our perception of the past, but as it has the power to shape our collective future. They believe that Ken Burns’s ability to appeal to the next generation is one of the most valuable things about his films. “It’s all ages,” says Diane. “[Ken Burns] is not just geared for the middle aged, or for the elderly; it’s for the youth. It’s across the board. It doesn’t matter who you are — you can enjoy and learn from his work.”

In the Brierleys’ own words, the reasons behind their philanthropy are vast, but ultimately simple. “I am convinced that we must learn from history, and that especially in today’s world, the format of a visual story…something that can be broadcast on PBS, that can be shared so widely, something that generations will consume, is vital,” says Hal. That vitality has been evident to them many times throughout the tumult of the last decade, particularly when friends and acquaintances – some long out of touch – have reached out after viewing documentary films the Brierleys supported on PBS and thanked Hal and Diane for their generosity towards this important work.

The Better Angels Society is endlessly grateful to Hal and Diane for their continued support of our mission, their commitment to the next generation of American students and learners, and their deep understanding of the history that led us to where we stand today.