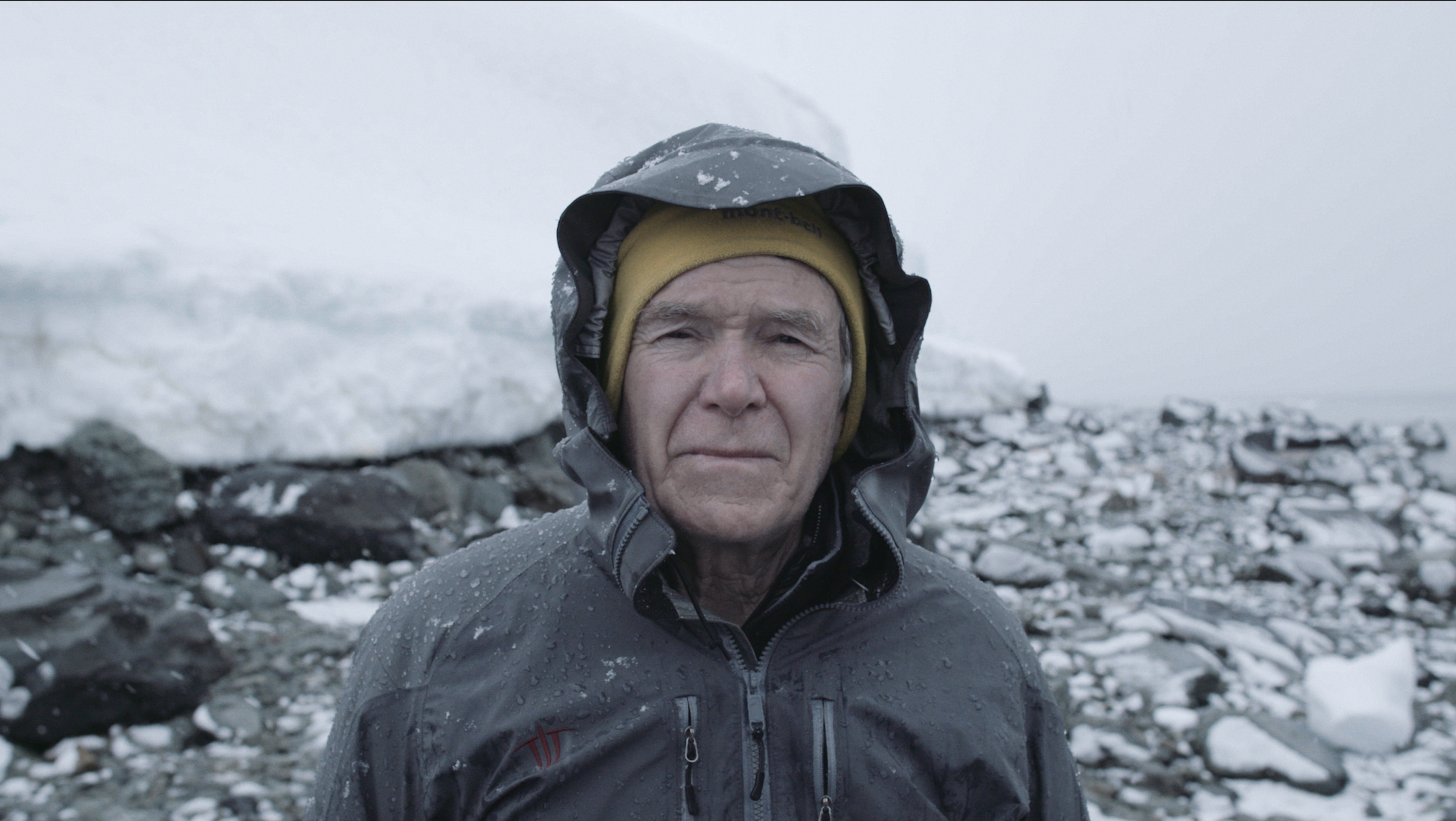 The year is 1989 and the future of Antarctica is in danger, when a daring plan is devised to save the frozen continent in a bold demonstration of the power of international cooperation – that couldn’t have come at a better time. The Cold War is ending but Tiananmen Square is exploding, and political tides are turning all around the world. The Antarctic Treaty, establishing the continent as a peaceful scientific preserve, is also up for renegotiation. Surprisingly, the United States is the only nation in opposition, because of an unshakable interest in mineral and natural resource exploitation.

Where others see a threat, famed polar explorer Will Steger sees an opportunity. Assuming the role as a rogue representative of the United States, he organizes an international team of five men from disparate nations to join him on a perilous expedition across Antarctica. Their goal: to draw world attention to protecting the continent, an essential element of global temperature balance, in the face of an impending climate crisis.

Traversing Antarctica by dogsled 3,741 miles for seven months, the team suffers through brutal conditions, with temperatures dipping to 113 degrees below zero and storms lasting up to sixty days. They battle hurricane winds of over 100 miles per hour, the ground shifting beneath their feet, while treacherous crevasses threaten to swallow them whole. It’s an odyssey of extremes testing human and dog endurance that has not been attempted since.

At the finish line, the team is greeted by a message from President George H. W. Bush, calling their expedition the greatest example of international cooperation he has ever witnessed. Soon after, the United States reverses its opposition and the Antarctic Treaty is reinstated. Thirty years later, the team’s mission and message have only become more urgent.

Today, history repeats itself as the United States is poised to withdraw from the Paris Agreement at the end of 2020. A blind eye towards a sustainable future for the polar regions again put the planet at risk, and exploitation threatens our world once more. The final Larsen ice shelf is beginning to break off from the continent, leaving the Trans- Antarctica Expedition route no longer replicable.

Comprising over fifty years of never before seen archival film, stills, telegrams, audio and current verité with Will Steger, After Antarctica takes us deep inside the historic expedition and beyond. Will Steger, reflecting on his life, embarks on one last journey across the ice to witness what has been lost to climate change and to continue fighting for the places that have the greatest impact on our lives and our future.

Today, the climate crisis has been declared the worst threat to life on Earth. Our rapidly changing climate is intensifying global poverty, increasing famine, and destroying coastal communities as melting ice causes Earth’s sea levels to rise. The global pandemic has highlighted our vulnerability to the changing environment, and it is now painfully obvious that our survival is dependent on the health of our planet. The time is now for us all to become the stewards the Earth deserves.

Though it is a frightening prospect, it’s not too late to reverse course and create a sustainable future. The preservation of Antarctica has never been so crucial. Home to 90 percent of the world’s ice, Antarctica is ground zero for climate change, yet temperatures are rising faster here than almost anywhere else. Our challenge is to keep the pressure on leaders to prioritize clean energy and climate action in recovery so that together we can build the world we need to move forward. There is still hope. People can make a difference, and After Antarctica highlights what Will Steger said, as we are all now feeling those ripples. Though foreign and remote, the melting of the ice affects the rest of the world.

After Antarctica explores our changing climate through the lens of celebrated polar explorer Will Steger. At the forefront of the climate movement for over fifty years, Steger has devoted his life to the pursuit of environmental sustainability on a global scale. Steger’s monumental expedition across Antarctica brought a divided world together to preserve an entire continent and remind us that we’re all connected to each other as well as our polar regions.

The expedition across Antarctica was more than just a journey; it was a catalyst for climate action at a time when the world was experiencing massive political change. The Cold War was ending, and political tides were shifting in many parts of the world. The Antarctic Treaty which was in place to preserve the continent for science was up for renegotiation and under threat. The United States was the only treaty nation that did not wish to reinstate given their financial interest in mineral exploitation on the frozen continent.

Will Steger saw clearly the imminent danger of opening Antarctica for drilling, but where others saw a threat, he saw an opportunity. Assuming the role as a rogue representative of the United States, he organized a team of explorers from across the globe to join him on a once in a lifetime expedition across Antarctica. His goal was to draw world attention to the need to protect the continent. The expedition turned out to be a rousing success, and the once rogue American was welcomed by President Bush with a warm embrace, the treaty was signed, and the drilling in Antarctica never took place.

Today, we find ourselves in a similar situation, with current leaders pulling the United States out of the fight against climate and environmental responsibility. In telling the story of Will Steger and his international team of brave explorers, we look to inspire future generations to take action. The solutions to the climate crisis may begin with the individual, but require an international and collective effort to make lasting change.

There is still time to save the planet, and telling this story can be both an inspiration and a guide on how to make that happen.