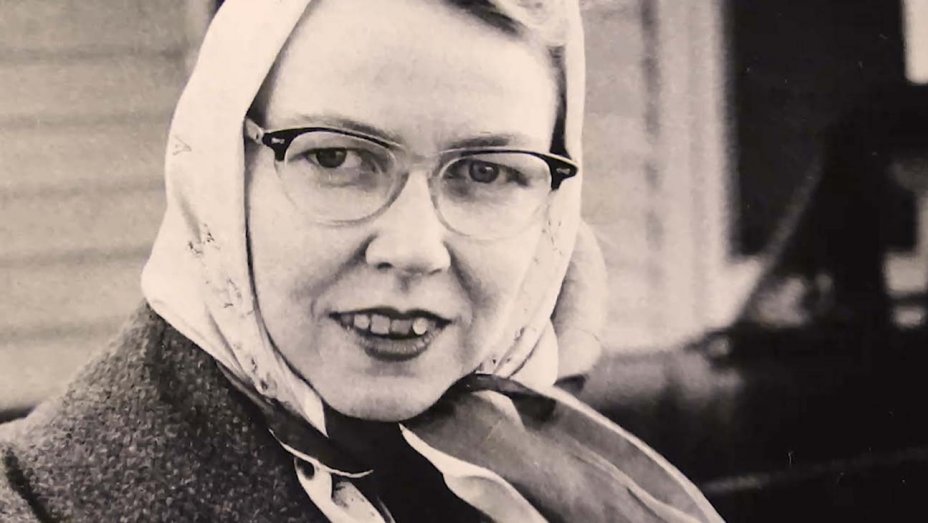 The award goes to Elizabeth Coffman and Mark Bosco, the filmmakers behind ‘Flannery,’ about the late, great writer Flannery O’Connor.

The filmmakers behind an upcoming documentary about famed Southern Gothic writer Flannery O’Connor have been awarded the inaugural Library of Congress Lavine/Ken Burns Prize for Film, it was announced Wednesday.

Flannery, directed by Elizabeth Coffman and Mark Bosco, explores the life of the late, Georgia-born O’Connor, whose provocative fiction about Southern prophets, girls with wooden legs and an assemblage of fantastic characters has inspired artists, musicians and writers around the world.

Mary Steenburgen provides the voice of O’Connor. Watch a trailer for the film here.

The winner was selected by Librarian of Congress Carla Hayden in consultation with Burns, who in a statement called the feature-length Flannery “an extraordinary documentary that allows us to follow the creative process of one of our country’s greatest writers.”

“It also provides us a glimpse into her life, including her Catholic faith, her unusual sensitivity to race as a Southern white woman and her daily struggles with illness and the prospect and reality of an early mortality. The story is beautifully told and captures the power of her Southern birth and life. We’re hopeful that a new generation of readers will rediscover the writings of Flannery O’Connor because of this film.”

The Library of Congress Lavine/Ken Burns Prize was unveiled in March to recognize a documentary filmmaker who “uses original research and compelling narrative to tell stories that touch on some aspect of American history.”

The award, which comes with a $200,000 finishing grant, will be presented to Coffman and Bosco at a Library of Congress gala Thursday night.

Eighty films were submitted for consideration; 10 were then reviewed by a committee consisting of filmmakers from Burns’ Florentine Films and staff from the National Audio-Visual Conservation Center, the Library of Congress’ moving image and recorded sound preservation facility.

Six finalists were then reviewed by a jury consisting of Edward Ayers, Tucker-Boatwright professor of the humanities and president emeritus at the University of Richmond; Andrew Delbanco, the Alexander Hamilton professor of American studies at Columbia University and president of the Teagle Foundation; Rachel Dretzin, documentary producer, director, writer and co-founder of Ark Media; and Dawn Porter, a documentarian and founder of Trilogy Films.

Philanthropists Jeannie and Jonathan Lavine provided the funding to the nonprofit Better Angels Society to endow the award through the Crimson Lion/Lavine Family Foundation.

Coffman, an associate professor of film and digital media at Loyola University in Chicago, earlier co-wrote, co-directed, co-edited and co-produced Veins in the Gulf (2011), a documentary about how climate change has threatened coastlines around the Gulf of Mexico.

Bosco is a Jesuit priest and vp for mission and ministry at Georgetown University.

The Better Angels Society supplemented the Lavines’ award by providing additional prizes of $50,000 to Mae West: Dirty Blonde, directed by Sally Rosenthal, and four $25,000 grants to The Adventures of Saul Bellow, directed by Asaf Galay; The First Angry Man, directed by Jason Cohn; Mr. Soul!, directed by Melissa Haizlip; and 9 to 5: The Story of a Movement, directed by Julia Reichert.

In July, the society announced the six winners of The Next Generation Angels Awards, recognizing middle- and high-school students for excellence in historical filmmaking.