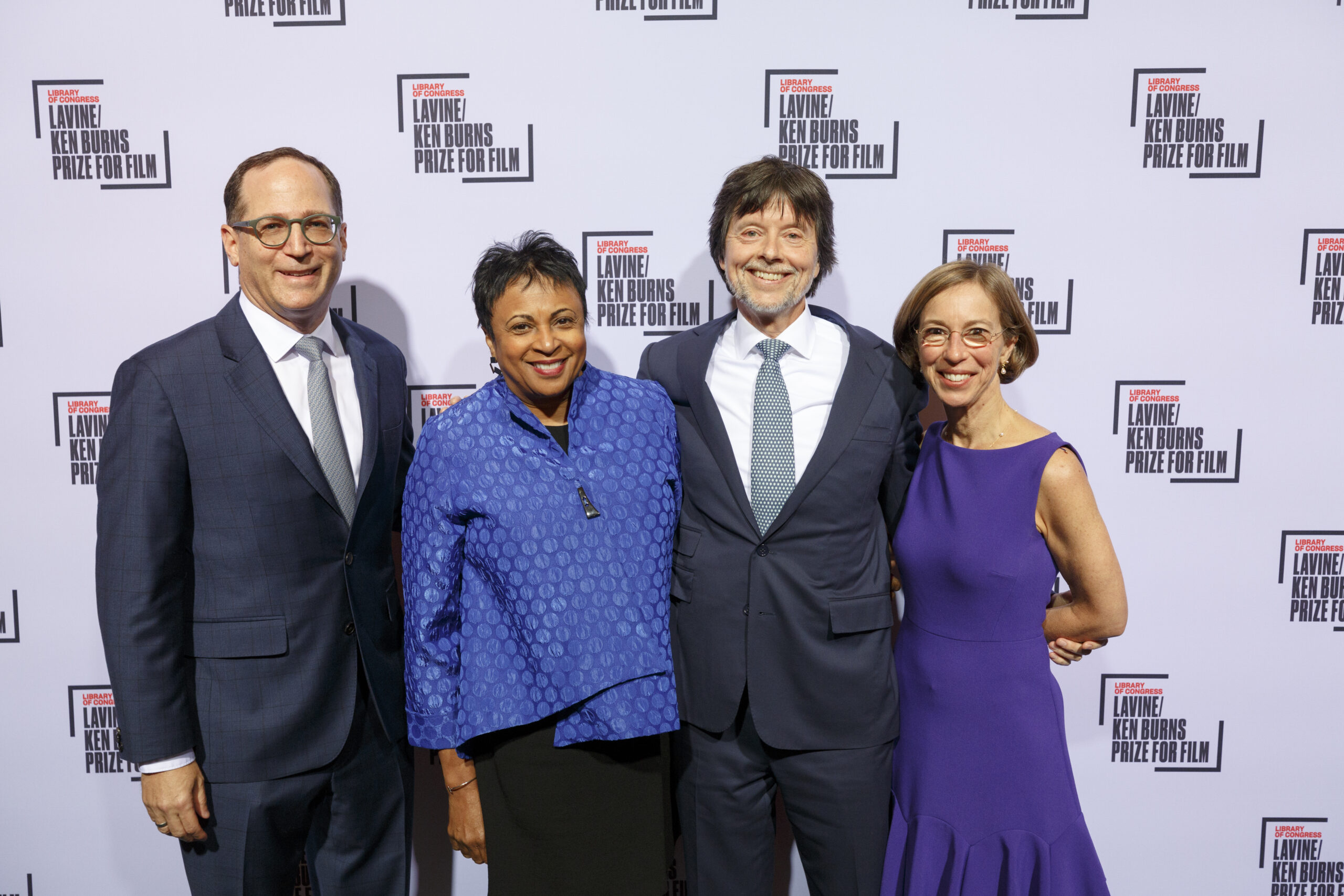 The Better Angels Society and the Crimson Lion/Lavine Family Foundation today announced The Better Angels/Lavine Fellowship, a new mentorship program for history documentary filmmakers whose work explores inclusive stories drawn from America’s past. The Fellowship is a new element of the Library of Congress Lavine/Ken Burns Prize for Film, an annual award recognizing documentary films that use original research and compelling narrative to tell stories about some aspect of American history. One winning film project is honored each year, alongside a runner-up and four finalists.

Each year, beginning in November 2020, five filmmakers who submit films to the Library of Congress Lavine/Ken Burns Prize for Film and who demonstrate significant potential will be selected as Fellows. A panel of expert professionals in the filmmaking industry will provide the Fellows with mentorship, advice, and networking opportunities around both their Library of Congress Lavine/Ken Burns Prize for Film submissions and their craft overall. The panel of mentors consists of Salimah El-Amin, documentary film producer/archival expert, Florentine Films and Skiff Mountain Films; Melissa Haizlip, documentary filmmaker, Library of Congress Ken Burns/Lavine Prize Finalist 2019; Helen Huang, former Senior Director of Acquisitions, Showtime Networks; Ray Costa, publicist and Owner/Founder, Costa Communications; Connie White, Owner/Founder, Balcony Booking; Ron Yerxa, independent and documentary film producer; and Zak Kilberg, producer and film distribution expert. The Fellowship is endowed by Jeannie and Jonathan Lavine, who also provide funding to The Better Angels Society to endow the Library of Congress Lavine/Ken Burns Prize for Film through the Crimson Lion/Lavine Family Foundation.

“The Better Angels/Lavine Fellowship means that promising documentarians will receive the same kind of networking opportunities and support I received early in my own career — and which were key to my development as a filmmaker,” Ken Burns said. “It’s especially meaningful to launch this Fellowship in a year that has been so challenging for independent filmmakers. I’m proud to partner with Jeannie and Jonathan on this initiative.”

“We are thrilled to support this new program,” noted philanthropists Jeannie and Jonathan Lavine. “Through The Better Angels/Lavine Fellowship, Library of Congress Lavine/Ken Burns Prize for Film will expand its efforts to foster the creation of balanced, well-researched documentaries about the areas and figures in American history who have often been overlooked and under-discussed. We are so excited to see the incredible work The Better Angels Lavine Fellows create.” Jeannie Lavine works on several national boards, including The Better Angels Society’s Board of Directors. Jonathan Lavine is the Co-Managing Partner of Bain Capital, a Co-Chair of the Trustees of Columbia University, and Chair Emeritus of City Year.

The inaugural recipients of The Better Angels/Lavine Fellowship are as follows:

Ken Burns has been making documentary films for over 40 years.  Since the Academy Award-nominated Brooklyn Bridge in 1981, Ken has gone on to direct and produce some of the most acclaimed historical documentaries ever made, including The Civil War; Baseball; Jazz; The Statue of Liberty; Huey Long; Lewis & Clark: The Journey of the Corps of Discovery; Frank Lloyd Wright; Mark Twain; Unforgivable Blackness: The Rise and Fall of Jack Johnson; The War; The National Parks:  America’s Best Idea; The Roosevelts:  An Intimate History; Jackie Robinson; Defying the Nazis:  The Sharps’ War; The Vietnam War, The Mayo Clinic:  Faith – Hope – Science, and most recently Country Music.  Ken’s films have been honored with dozens of major awards, including sixteen Emmy Awards, two Grammy Awards, and two Oscar nominations; and in September of 2008, at the News & Documentary Emmy Awards, Ken was honored by the Academy of Television Arts & Sciences with a Lifetime Achievement Award.

Jeannie and Jonathan Lavine established the Crimson Lion/Lavine Family Foundation to focus a significant portion of their philanthropic efforts toward leveling the playing field for individuals and families. The Foundation works to address pressing social challenges in the areas of education, community and public service, health and welfare, discrimination and poverty. The Foundation supports the multi-disciplinary efforts of organizations that serve to strengthen society through research, innovation, public policy, direct service and advocacy.

The Library of Congress is the world’s largest library, offering access to the creative record of the United States — and extensive materials from around the world — both on-site and online. It is the main research arm of the U.S. Congress and the home of the U.S. Copyright Office.  Explore collections, reference services and other programs and plan a visit at loc.gov; access the official site for U.S. federal legislative information at congress.gov; and register creative works of authorship at copyright.gov.