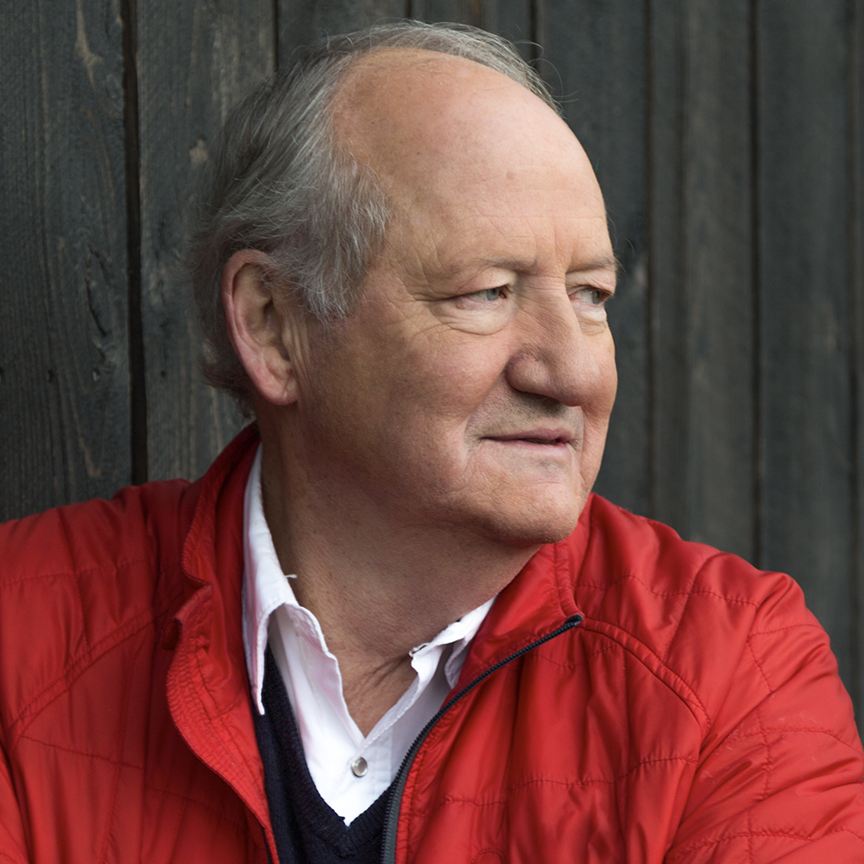 Dayton Duncan is an award-winning writer and documentary filmmaker.

He is the author of twelve books. Out West: A Journey Through Lewis & Clark’s America chronicles his retracing of the Lewis and Clark trail. Grass Roots: One Year in the Life of the New Hampshire Presidential Primary is a unique look at presidential politics through the experiences of grass roots volunteers. Miles From Nowhere: In Search of the American Frontier examines the current conditions, history, and people of the most sparsely settled counties in the United States. Scenes of Visionary Enchantment: Reflections on Lewis & Clark, is a collection of essays released in conjunction with the Lewis and Clark bicentennial. Seed of the Future: Yosemite and the Evolution of the National Park Idea, commemorates the 150th anniversary of the park’s initial creation as a federal grant to the state of California.

Articles of his have appeared in The New York Times, The Boston Globe, American Heritage magazine, The Old Farmer’s Almanac, and many other publications.

Lewis & Clark: The Journey of the Corps of Discovery, published in 1997; Mark Twain, 2001; Horatio’s Drive, 2003; The National Parks: America’s Best Idea, 2009; and The Dust Bowl, 2012, are companion books to documentary films he wrote and produced. Two books for young readers were published in 1996: People of the West, named a Notable Children’s Trade Book for 1996 by the National Council of Social Studies and the Children’s Book Council, and The West: An Illustrated History for Children, which was selected by The New Yorker magazine for its “short list” of the 16 best children’s books of 1996 and won a Western Heritage award from the National Cowboy Hall of Fame.

Duncan has also been involved for many years with the work of documentary filmmaker Ken Burns. For THE WEST, a 12-hour series about the history of the American West, broadcast in 1996, Duncan was the co-writer and consulting producer. It won the Erik Barnouw Award from the Organization of American Historians. He was the writer and producer of LEWIS & CLARK: THE JOURNEY OF THE CORPS OF DISCOVERY, a four-hour documentary broadcast in November 1997. The film attained the second-highest ratings (following THE CIVIL WAR) in the history of PBS and won a Western Heritage award from the National Cowboy Hall of Fame, a Spur Award from the Western Writers of America, and a CINE Golden Eagle, as well as many other honors. He was the co-writer and producer of MARK TWAIN, a four-hour film biography of the great American humorist. HORATIO’S DRIVE, about the first transcontinental automobile trip, which he wrote and produced, won a Christopher Award. THE NATIONAL PARKS: AMERICA’S BEST IDEA, which he wrote and produced, won two Emmy awards – for outstanding nonfiction series and outstanding writing for nonfiction programming. His most recent film with Burns was THE DUST BOWL, a two-part series about the worst man-made ecological disaster in American history, broadcast in November 2012. It won a CINE Golden Eagle and a Western Heritage award; his script won a Spur Award and was nominated for an Emmy. He is now at work with Burns as writer and producer of a major series on the history of Country Music, tentatively scheduled for release in 2019.

Duncan has also served as a consultant or consulting producing on all of Burns’s other documentaries, beginning with THE CIVIL WAR and including BASEBALL, JAZZ, and THE WAR, among others.

In politics, Duncan served as chief of staff to New Hampshire Gov. Hugh Gallen; deputy national press secretary for Walter Mondale’s presidential campaign in 1984; and national press secretary for Michael Dukakis’s 1988 presidential campaign. President Clinton appointed him chair of the American Heritage Rivers Advisory Committee and Secretary of Interior Bruce Babbitt appointed him as to the board of the National Park Foundation. In the spring of 2009, along with Burns, the director of the National Park Service named Duncan as an Honorary Park Ranger, an honor bestowed on fewer than 50 people in history. He has served on the boards of the Student Conservation Association and the National Conservation Lands Foundation, and was a member of the advisory committee for the centennial of the National Park Service.

Born and raised in Indianola, Iowa, Duncan graduated from the University of Pennsylvania in 1971 with a degree in German literature and was also a fellow at Harvard’s Shorenstein Center for Press, Politics and Public Policy. He holds honorary doctorates from Franklin Pierce University, Keene State College and Drake University. For the last forty-five years he has lived New Hampshire, where he makes his home in the small town of Walpole with his wife, Dianne, and their two children.