This legacy initiative is focused on the restoration and preservation of Ken’s work over the last thirty-five years. While the content of these films remains as relevant today as it was when first broadcast, the original film, video, and sound in his early productions are beginning to deteriorate. We urgently need to restore and preserve these landmark films. In addition, we want to archive unused and precious photos and film footage so they can continue to inspire, educate, and inform future generations.

PBS is excited and committed to nationally re-broadcast and re-release Ken’s collection of early films restored to High-Definition for millions of new and past viewers. These restored programs will also allow PBS LearningMedia to refresh their educational resources for PreK–12 educators.

I chose to be part of The Better Angels Society because I believe in Ken Burns. He has the ability to make documentaries that open our eyes to so many subjects and whet our appetites to learn more. He takes us all on fabulous, historically accurate, journeys through time and events using the magic of film.

THE STATUE OF LIBERTY

Originally broadcast in 1985, The Statue of Liberty tells the story of the quintessential American monument which has served as a symbol of hope and refuge for generations of immigrants. In interviews with Americans from all walks of life, including former New York governor Mario Cuomo, the late congresswoman Barbara Jordan, Alexander and Yevgeny Vindman as young immigrant children, and the late writers James Baldwin and Jerzy Kosinski, The Statue of Liberty examines the nature of liberty and the significance of the statue to American life. The Better Angels Society is seeking to raise $132,500 to restore this film in full.

Originally broadcast in 1988, The Congress explores the history and promise of one of the country’s most important and least understood institutions. It tells the story of the Capitol building itself – including its burning by the British in the War of 1812 and its completion in the midst of the Civil War – and chronicles the extraordinary personalities, events and issues that have animated the first 200 years of Congress and, in turn, the country. The Better Angels Society is seeking to raise $132,500 to restore this film in full.

Originally broadcast in 1997, Thomas Jefferson is a portrait of our enigmatic and brilliant third president, who within his own life embodied one of the most profound contradictions of American history: as the author of the Declaration of Independence, he gave voice to our fervent desire for freedom, but he also owned more than 150 slaves and never saw fit to free them. The Better Angels Society is seeking to raise $185,000 to restore this film in full.

Originally broadcast in 2003, Horatio’s Drive is a testament to the American character – telling the story of Dr. Horatio Nelson Jackson, who in the spring of 1903, on a whim and a fifty-dollar bet, set off from San Francisco in a 20-horsepower Winton touring car hoping to become the first person to cross the United States in the new-fangled “horseless carriage.” Most people doubted that the automobile had much of a future. The Better Angels Society is seeking to raise $150,000 to restore this film in full.

Young generations of viewers have a higher expectation of the quality of films they see today. Even a common smartphone has three times the resolution of televisions from just 15 years ago. Restoring Ken Burns’s early films to HD will introduce these films to an entirely new audience and allow our past viewers to see them again in new vivid detail the way Mr. Burns saw it through his camera’s viewfinder.

With the support of Better Angels committed to provide for these restorations, these films’ survival will be ensured for generations to come, and provide a historical context that future generations will be able to access and see clearly. The supporters will have their legacy forever tied to the life of these films and be added to the film’s end credits along with a funding card. 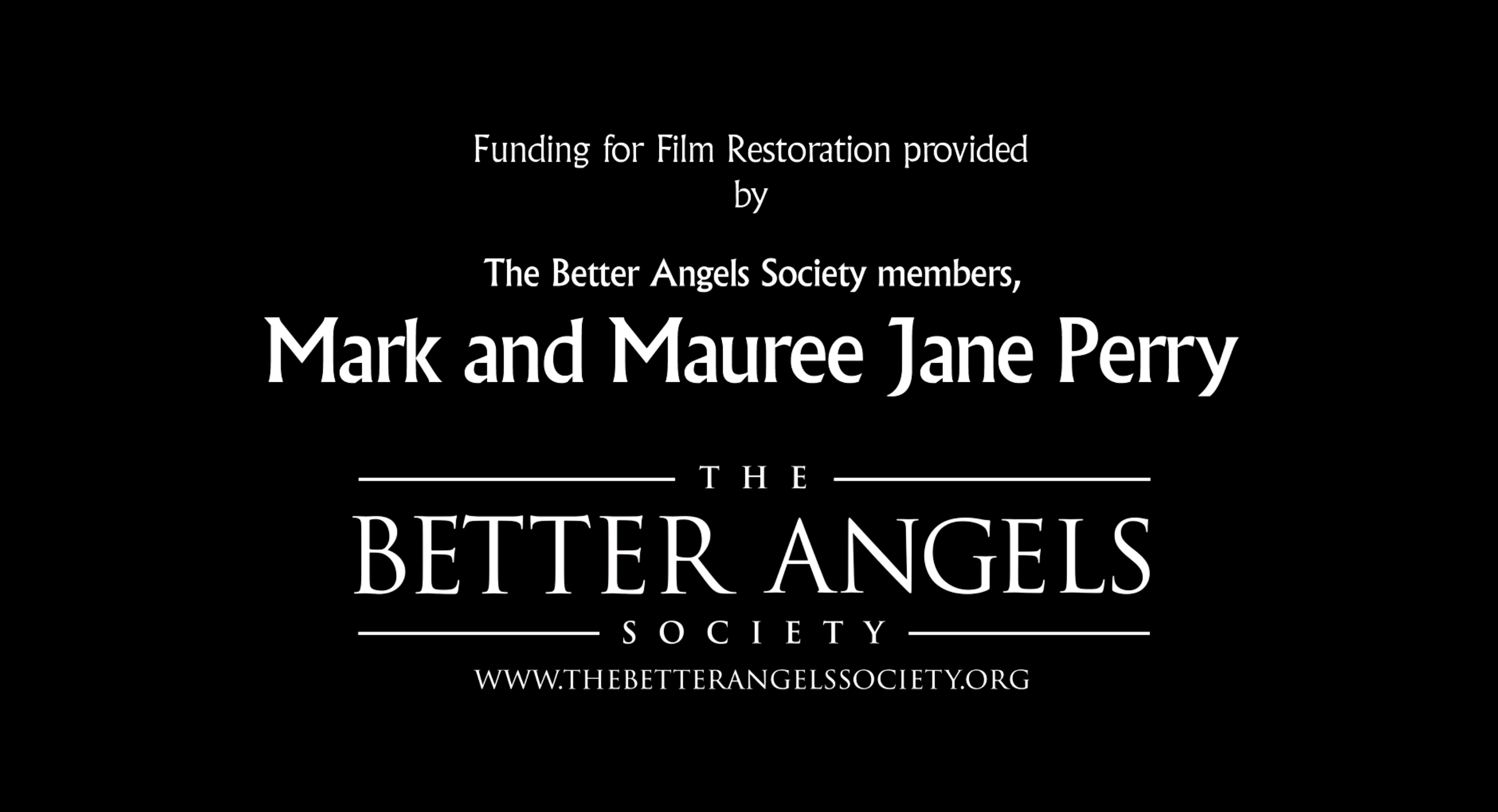 An example of a funding card from the restored version of The Brooklyn Bridge, funded by Better Angels Mauree Jane and Mark Perry.

1 The original negative is assessed, repaired, and cleaned.

2 The edit is reassembled to match the original broadcast.

To restore each of the following films, The Better Angels Society is seeking approximately $100,000 to $150,000 in funding per program hour.