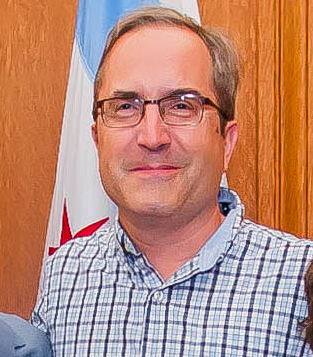 Joe Winston grew up in Chicago, and earned a B.A. in Psychology from Yale University in 1988. He was a producer on “Citizen Koch,” which was nominated for a Grand Jury Prize at the 2013 Sundance Film Festival. Joe co-produced, directed and co-edited the documentary feature film, “What’s the Matter with Kansas?” Film critic Roger Ebert voted it “one of the Ten Best Documentaries of 2009.” In 1999, Winston was nominated for an Emmy award for his work on the PBS documentary, Lost in Middle America (and what happened next.) In 1996, Winston produced and directed “The Burning Man Festival,” which won rave reviews, festival prizes, and broadcast on DRTV. In 1998, he produced a sequel, “Burning Man: Just Add Couches.” He began his career producing and hosting the TV series “This Week in Joe’s Basement.” The show quickly transcended its venue on Chicago public access cable to become a critical and popular success. It won two local cable TV awards and was featured in the Chicago Tribune, Reader, New City, NBC’s Today, Jenny Jones, MTV’s Day in Rock, BBC’s World of Wonder, PBS’s Image Union, and The 90s. Joe also has a couple of shoe boxes filled with very strange fan mail. “Joe’s Basement” became so notorious that when Saturday Night Live’s “Wayne’s World” skit was made into a movie, the Chicago Tribune assigned Joe to interview star Mike Myers to find out whether he drew inspiration from “Joe’s Basement” in creating “Wayne’s World.”