Imagining the Indian: The Fight Against Native American Mascoting 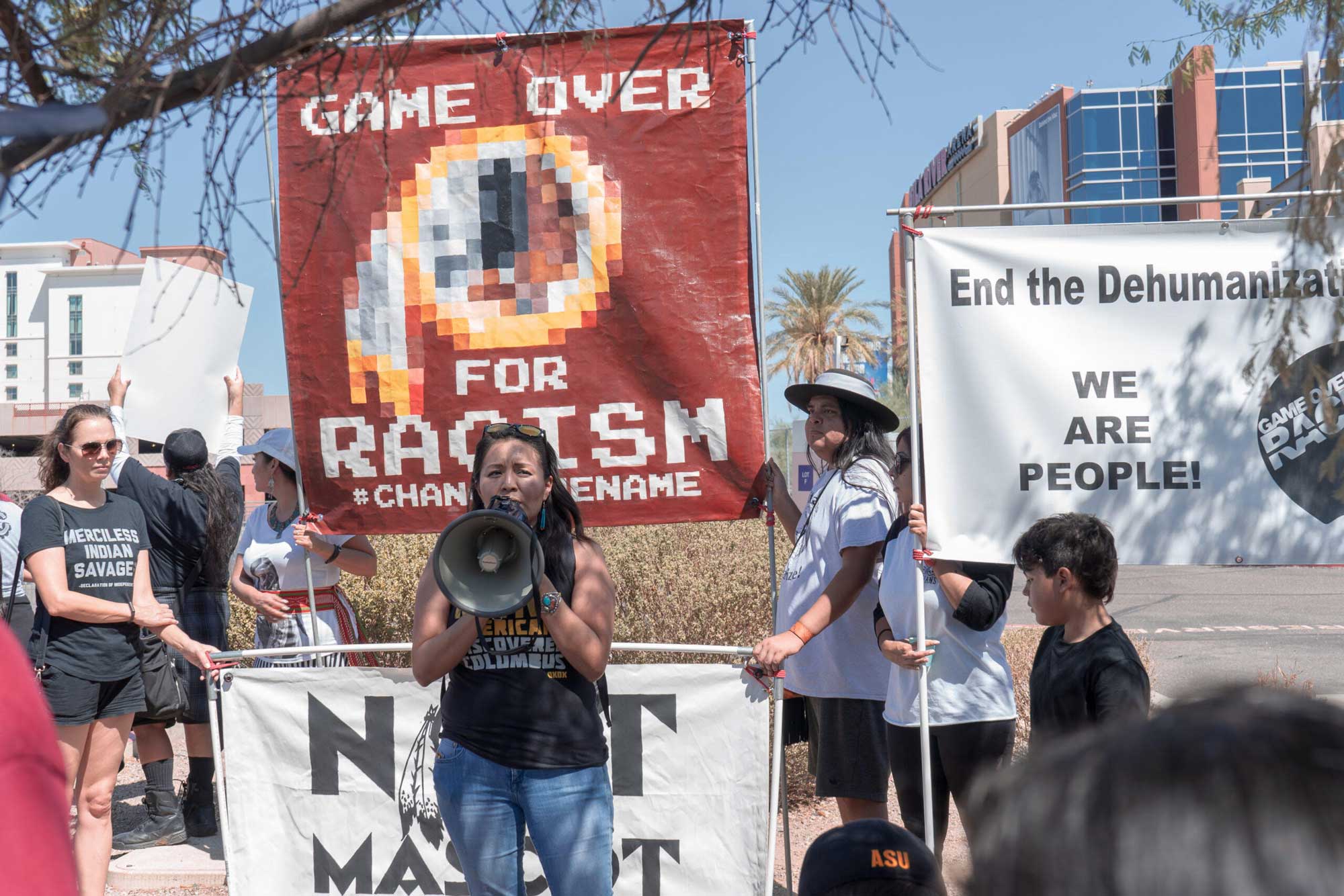 Imagining the Indian is a comprehensive examination of the movement to eradicate the words, images, and gestures that many Native Americans and their allies find demeaning and offensive. The film takes a deep-dive into the issues through archival footage and interviews with those involved in the fight. The psychological research is clear, the use of Native American mascots is detrimental, not only to Native people, but to marginalized groups everywhere.

Ben West (Co-Director, Co-Producer, Co-Writer) (Cheyenne) is a freelance writer/producer, filmmaker and a consultant with the Ciesla Foundation. He spent many years in television production at Carsey-Werner Mandabach LLC, and has worked on feature films for companies like Telenova Productions, Mandalay Pictures and outlets such as the Smithsonian Institution’s National Museum of the American Indian. In addition to Imagining the Indian, he and co-director Aviva Kempner have co-written a feature screenplay chronicling the life and work of slain Navajo activist Larry Casuse. West is currently developing content for television and film. Along with his endeavors in entertainment, he is Cheyenne and an advocate for Native American rights. Born in Washington, D.C., West is a graduate of the Annenberg School of Communication at the University of Southern California and is based in Los Angeles, CA.

Aviva Kempner (Co-Director, Co-Producer, Co-Writer), is a Washington, D.C.-based filmmaker whose critically acclaimed documentaries about under-known Jewish heroes and social justice include The Spy Behind Home Plate; Rosenwald; Yoo-Hoo, Mrs. Goldberg; Peabody Award-winning The Life and Times of Hank Greenberg; and Partisans of Vilna. Kempner also co-wrote and is co-producing the dramatic script Casuse with fellow Imagining the Indian producer Ben West. The project is about the Navajo activist Larry Casuse, who Kempner knew while a VISTA volunteer in New Mexico in the early ’70s.

While attending the Antioch School of Law in Washington, D.C., Kempner interned at the Office of the Solicitor at the Department of Interior’s Indian Affairs. Upon graduation she worked at the National Tribal Chairman’s Association and the National Conference of American Indians. Kempner graduated from the University of Michigan in 1969 with a bachelor’s degree in psychology and in 1971 earned her master’s in urban planning. In 1976, she earned her law degree from the Antioch School of Law.

A member of the Academy of Motion Picture Arts and Sciences, Kempner is the recipient of a Guggenheim Fellowship, the Bernardo O’Higgins Award, the DC Mayor’s Art Award, WIFV Women of Vision Award and a Media Arts Award from the National Foundation for Jewish Culture. She is the founder of the Washington Jewish Film Festival in Washington, DC, where she resides. She is a statehood advocate for Washington, DC.