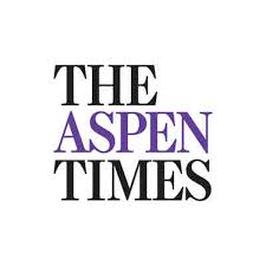 Ken Burns spent more than eight years working on his new 16-hour documentary series “Country Music.” He did 101 interviews, collected 1,000 hours of film and some 100,000 photographs, culled down to the 3,300 featured in the film.

So it may come as a surprise that America’s most beloved documentarian wasn’t a country music fan when he started on this massive project.

“I’m a child of R&B and rock ‘n’ roll,” Burns said backstage at Harris Concert Hall on Tuesday night before a preview of the new film. “So it wasn’t in my system. I didn’t know it. … But this has been as satisfying a production as I’ve ever worked on.”

The eight-part documentary, which will begin airing on PBS on Sept. 15, tracks the history of country music from the early 20th century and the days of the Carter Family through the 1990s and the superstardom of Garth Brooks. Along the way it traces the music’s role in American culture and counterculture, the evolutions of its sound as well as its place in gender equality and race relations.

Fletcher asked Burns for his thoughts on the “very white” world of country music and its perception as a regressive, male-dominated and often racist culture, noting segregation-supporting country icons like Minnie Pearl.

Burns said he had been fascinated to learn about the African-American influence on early country music and noted that women have played a central role in the genre from the beginning — from the days of Sara Carter through Loretta Lynn’s proto-feminist “Don’t Come Home A-Drinkin’.”

“It’s a remarkable story of very strong women, which belies our sensibility that this is essentially a conservative thing adhering to a tradition,” Burns said. “It has all the problems, those things are here too, but it’s about strong women and that floored us. … You will not believe me when I tell you this was done before the #MeToo movement.”

“I think that art and the business of art is to transcend the simplistic, binary thing,” Burns said, noting that the film is arriving soon after “Old Town Road” — a country song by the black, gay rapper Lil Nas X — broke the record as the longest reigning No. 1 charting song in history and underscored his film’s thesis that country is more complex and inclusive than it might seem.

Tuesday’s screening in Harris Concert Hall included a preview of eight segments of “Country Music,” including a section on the “hillbilly Shakespeare” Hank Williams and one on Patsy Cline recording “Crazy,” during which Willie Nelson tells the story of writing the ballad (he’d originally titled it “Stupid,” which drew laughs from the Aspen crowd) and going to Cline’s home in the middle of the night to share it.

A segment on Loretta Lynn depicts her trailblazing mid-1960s work writing about issues like spousal abuse, consent and women’s rights in songs like “Don’t Come Home A-Drinkin’” and “The Pill.”

A revelatory segment about Dolly Parton tells the backstory of her writing “I Will Always Love You” in order to get out from under the thumb of her creative partner Porter Wagoner. Other preview segments dug into Vince Gill’s tortured, grief-laden composition of “Go Rest High on That Mountain” and the personal nature of country music fandom.

Edgar Meyer, the Nashville-based classical and bluegrass musician, performed two solo pieces at the conclusion of Tuesday’s preview presentation. He said he is excited to see the full series and is hopeful it will reshape the public’s understanding of country music.

“It seems to show the country music that I love, and which all the musicians know about,” he said. “I look forward to learning a lot and raising the awareness of most people about what country music actually is.”

Burns was introduced by Amy Margerum Berg, the former Aspen Institute executive and Aspen city manager, who is now president of Burns’ nonprofit Better Angels Society. Tuesday’s preview screening, hosted by the Aspen Music Festival and School, served as a benefit for the organization.

The crowd included locally based funders of “Country Music” including John and Jessica Fullerton, Fred and Donna Seigel and Mercedes Bass. Aspen-based music figures, including the DJ Dan “Pastor Mustard” Sadowsky and singer-songwriter Jackson Emmer, also were in attendance.