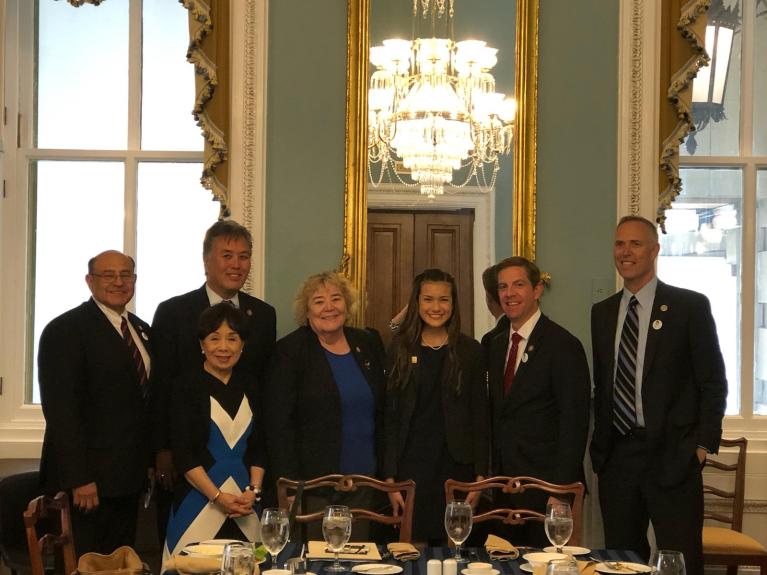 Allison Bushong, center, stands with California delegates during a luncheon in the U.S. Capitol. Bushong won first place in her division at the 2019 National History Day competition for her documentary, “Triumph of Representation and Tragedy of Repercussion: Silent Gesture of 1968.” (Courtesy of Leslie Bushong)

For these Inland high school and middle school students, history is more than a school subject.

Several students took their projects to the National History Day contest at the University of Maryland, College Park, in June, and left with more accolades than King Henry VIII had wives. 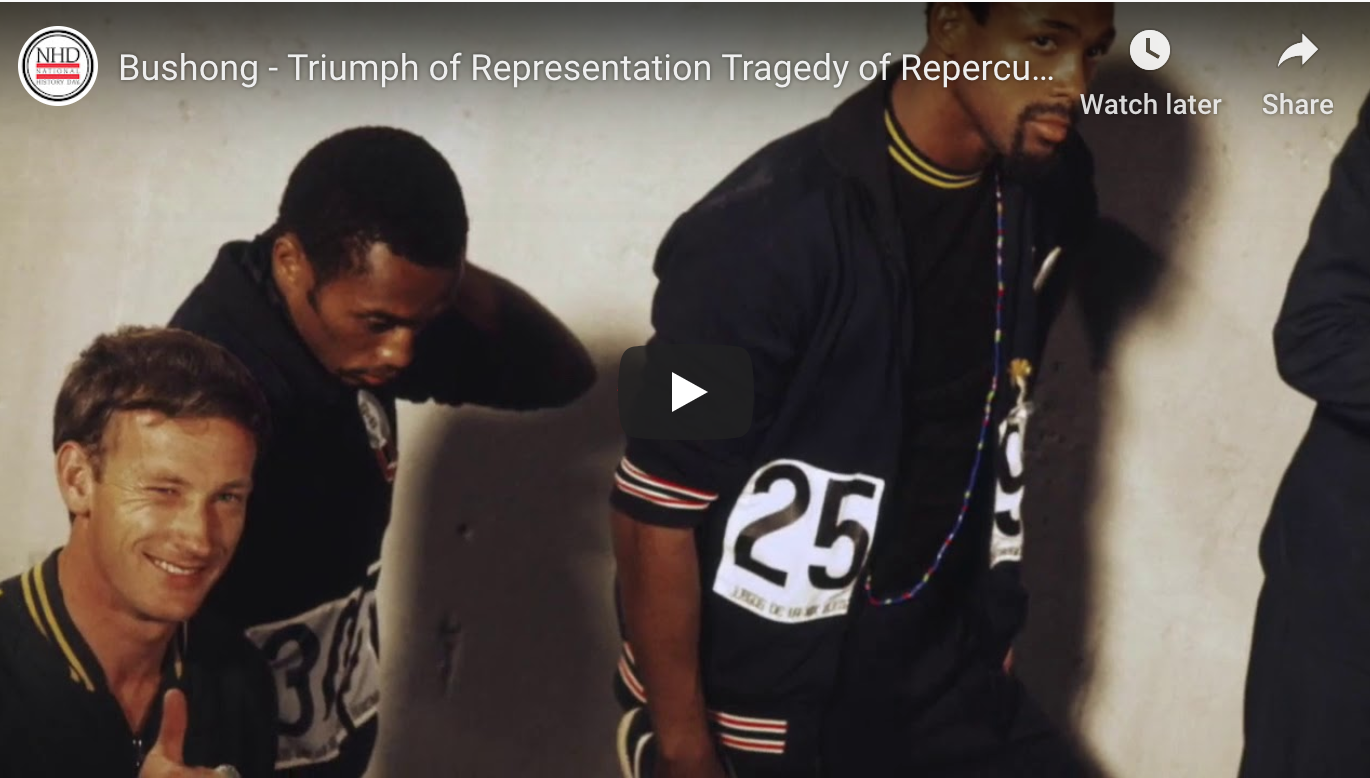 Allison Bushong, who will be a junior at Martin Luther King High School in Riverside, was recognized as a National Endowment for the Humanities Scholar for her documentary on the black power salute during the 1968 Summer Olympics. She also won a three-day visit to Washington, D.C. as part of the Anne Harrington Award from the Better Angels Society. She will meet filmmaker Ken Burns later this year.

Titled “Triumph and Representation and Tragedy of Repercussion: Silent Gesture of 1968,” her work — along with Springs Charter School student Rafael Ibarra’s documentary on race riots in Birmingham — was showcased with 21 others at the Smithsonian National Museum of African American History and Culture in Washington, D.C. in June.

Haley Hocking, of King High; and Sarah Runyan, from Riverside’s Poly High School, received state distinction for their documentary on the formation of the Special Olympics.